Please ensure Javascript is enabled for purposes of website accessibility
Free Article Join Over 1 Million Premium Members And Get More In-Depth Stock Guidance and Research
By Keith Noonan - Nov 11, 2019 at 10:44AM

A rising toll of vaping-related illnesses and deaths has investors wondering what's next for the tobacco company.

Shares of British American Tobacco ( BTI 1.20% ) dipped 10.2% in October, according to data from S&P Global Market Intelligence. The stock fell after new data on the number of vaping-related deaths and illnesses was published. 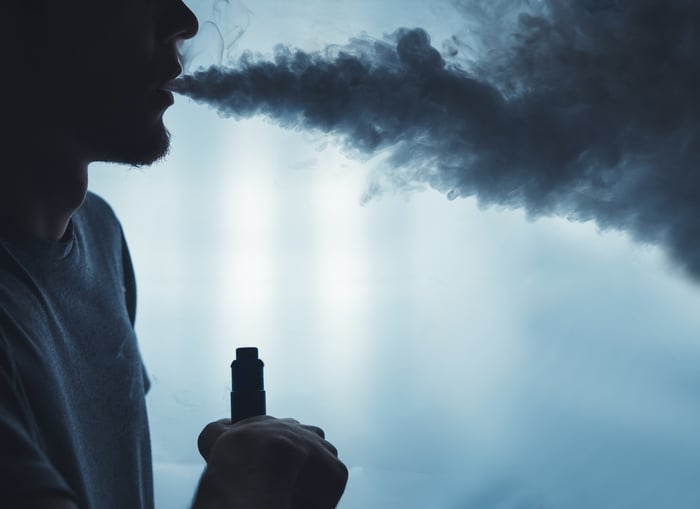 The U.S. Centers for Disease Control and Prevention (CDC) released a report on Oct. 3 that stated that the incidence of vaping related illnesses in the country had risen to more than 1,000 and that the death toll connected to these illnesses was now at least 18. The next day, the CDC published another report -- raising its death-toll estimate to at least 19 and hiking its projected number of vaping-related injuries to 1,080.

BAT has diversified into the heated-tobacco and vape markets, and tighter regulations on these products could pose a real threat to the company's outlook. The news of the increased illness and death toll came just a few weeks after the company announced that it would be cutting 2,300 jobs as part of its pivot away from traditional cigarettes, and investors reacted to the CDC's new data and advice that people should stop vaping by selling out of the stock.

British American Tobacco stock has posted some recovery this month, with shares trading up roughly 4.8% in the month so far. 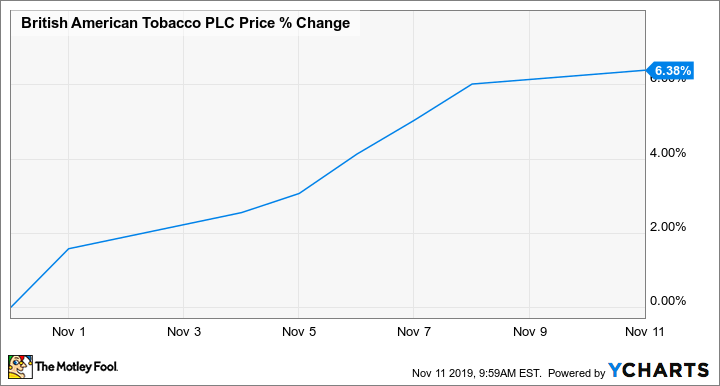 Most of the vaping-related injuries and deaths have been connected to the use of tetrahydrocannabinol (or THC, the main psychoactive ingredient in marijuana), and none of the illnesses or deaths have been directly linked to products from British American Tobacco. Companies with heavy exposure to the e-cigarette space are at risk of a regulatory crackdown, but there's currently not much evidence tying vape products from leading tobacco companies to the recent rise of injuries and deaths, and the pressures have pushed some tobacco stocks to attractive levels.

BAT stock has a dividend yield of roughly 7% and trades at roughly 9.5 times this year's expected earnings.