Major benchmarks fell following a report that the phase one trade agreement between the U.S. and China may be delayed until after the first of the year. The Dow Jones Industrial Average (DJINDICES:^DJI) and the S&P 500 (SNPINDEX:^GSPC) posted moderate losses. Energy shares rebounded from recent weakness as the price of crude oil rose 3%, while the trade-sensitive materials sector was the biggest loser.

As for individual stocks, investors approved of quarterly results from Target (NYSE:TGT) and Lowe's (NYSE:LOW), which both reported strong profit gains. 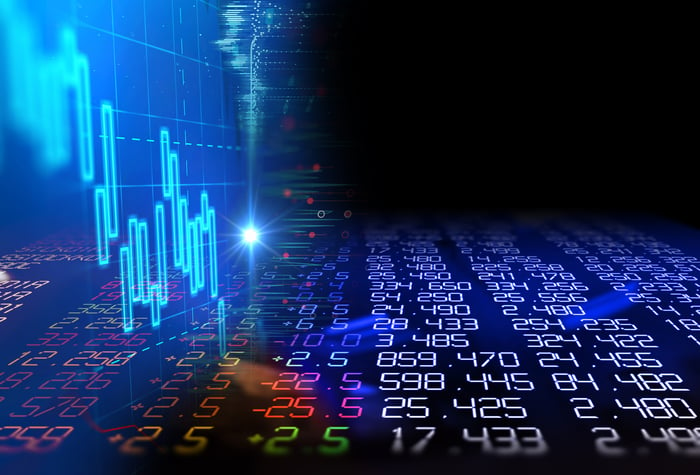 Another bull's-eye for Target

Target announced third-quarter results that shot past its guidance as store traffic and sales growth accelerated, and shares soared 14.1%. Revenue grew 4.7% to $18.7 billion, beating analyst expectations of $18.5 billion. Adjusted earnings per share rose 25% to $1.36 after the company had forecast EPS between $1.04 and $1.24 three months ago.

Comparable sales climbed 4.5% on a 3.1% increase in traffic, accelerating from 3.4% comparable-sales growth last quarter. The company's stores contributed 2.8 percentage points of the sales growth, while 1.7 points came from e-commerce, which was up 31% from the period a year ago. Target achieved the sales growth without resorting to discounts; gross margin expanded 1.1 percentage points from Q3 last year to 29.8%, an improvement the company said on the conference call was better than it had expected.

Target's same-day fulfillment initiatives are driving growth in digital sales, while remodels and new small-format stores are boosting the company's results from its brick-and-mortar locations.

Sales in comparable stores rose 2.2% companywide, and home improvement stores in the U.S. grew comparable sales by 3%. Gross margin improved 1.56 percentage points from last year, with the company saying on the conference call that it was able to make some pricing adjustments and be more strategic with promotions to help profitability. Expense management and a lower tax rate helped Lowe's operating margin to expand 3.36 percentage points to 8.96%.

Lowe's has closed a net 129 stores, or 6% of its base, in the last 12 months as part of its recovery and announced plans to close another 34 underperforming stores in Canada. The company raised its earnings outlook for the year and said that strong macroeconomic fundamentals continue to be a tailwind for the industry.