Sometimes the actions of CEOs, whether it be in their private life or in representing the company, can contribute to some changes in stock price.

CEOs come in many different shapes and sizes. Some are conservative and try to shy away from too much exposure and are careful about what they say. Then there are some whose actions and words can have a significant impact on the performance of their company's share price.

In April 2018, Facebook ( FB -0.25% ) founder and CEO Mark Zuckerberg had to testify in front of the U.S. Congress in relation to the Cambridge Analytica scandal.

After news broke about this data scandal, over $100 billion was wiped off the market cap of Facebook in a matter of days. There were calls from all quarters to have social media platforms like Facebook reined in and face much tighter regulations. 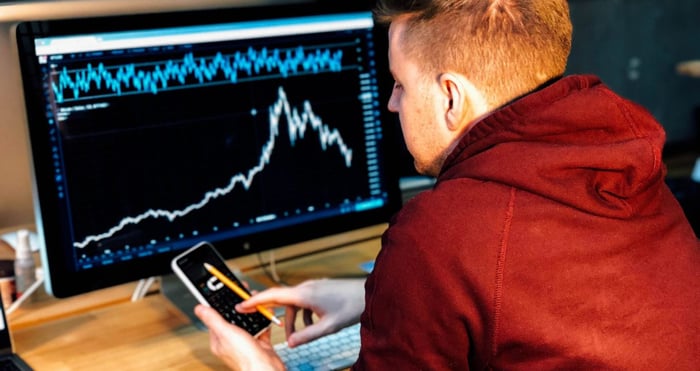 Zuckerberg ended up giving 10 hours' worth of testimony. Showcasing the influence a CEO can have on stock fluctuation, investors reacted positively to his explanations and reassurances, with Facebook's market cap bouncing back by almost $23 billion.

Investors were able to watch Zuckerberg's testimony closely as it was televised, and were seemingly encouraged by his ability to apologize and outline protections to stop such a breach from happening again. During the televised testimony, Facebook's shares rose by 4.5%.

Branson and his hyping abilities

Richard Branson is well-known for his publicity stunts over the years, including attempting to make the fastest crossing of the Atlantic Ocean, trying to circumnavigate the globe in a hot-air balloon and driving a tank through Times Square in New York.

Branson has played around with the idea of space tourism for many years. Through Virgin Galactic Holdings ( SPCE -1.44% ), this is now almost a reality. For a mere $250,000 you can get in line for a 90-minute space ride. Branson was able to beat Jeff Bezos' Blue Origin and Elon Musk's SpaceX to the open market.

On the back of an extensive campaign from Richard Branson, Virgin Galactic became the first space tourism company to be publicly listed in October 2019.

While the company has not been profitable to date, Branson has used his charisma to convince investors that this will change. He pronounces that Virgin Galactic will not be like other loss-making businesses that have gone public in recent years and struggled, such as Uber.

Branson announced that A-list celebrities such as singer Justin Bieber and actor Leonardo DiCaprio are ready to fly on one of the suborbital flights led by Virgin Galactic. The company also announced that Under Armour ( UAA 0.66% ) ( UA 0.65% ) is making the spacesuits, which Branson wore during the public launch and look like something out of Star Trek.

This initial hype saw its valuation soar to $2.3 billion as shares rose by nearly 10% after trading began, hitting a high of $12.93. However, when the Branson effect started to fade away and investors looked into the actual potential of the company, shares dropped by over 20% after a week of trading. After about a month of trading, the share price is down around the $7.25 range, representing a drop of about 44% since opening day highs. Therefore, for the company to have future success, it looks like Branson will have to deliver on his promise of profitability.

Elon Musk and his all-'round behavior

While Elon Musk is seen as a great visionary, bringing his companies Tesla ( TSLA 0.94% ) and SpaceX to fruition, his comments and actions have also made him a thorn in the side of his investors.

For some time, Musk's positive comments led to soaring share prices, but in more recent times, he's had the opposite effect.

Musk has never been one to shy away from making controversial comments, particularly through his Twitter account. A nine-word tweet from Musk in August 2018 -- "Am considering taking Tesla private at $420. Funding secured." -- sparked mayhem for the next two months.

This was published at a time when the stock was trading at $370. As Musk was forecasting a 20% premium on the current price, investors flocked to buy the stock, with it soaring by over 8.5% shortly after.

However, this tweet began to backfire as people realized that the company would not be going private after all. Numerous lawsuits were filed against Musk, including one by the Securities and Exchange Commission, which accused him of making public false statements.

Musk appeared on the highly popular Joe Rogan Experience podcast in September 2018. During the show, he smoked marijuana on video, which contributed to Tesla's share price falling by 9%. These are but a couple of instances of Musk's words and actions getting Tesla into trouble.

Thankfully for investors, Musk has largely curtailed his controversial tweets of late.