Lately, it seems that much investor focus has shifted toward software-as-a-service (SaaS) industries such as cloud computing and subscription-based earnings models. While these are important in a business, investors must remember that companies still have a lot riding on hardware production and innovation.

September to November is a parade of new hardware from the big tech companies, so we will take a look at what some of the biggest names have been up to now that the silly season is over.

Not often known for its hardware range, Alphabet (NASDAQ:GOOGL) (NASDAQ:GOOG), parent company of Google, does have its very own group of competitors to the likes of Apple and Samsung. It's known as its Pixel range. Like many other companies, Google too had a few new toys to showcase during hardware season.

Google finally unveiled its long-awaited Pixel 4 smartphone, with a focus on a swanky new camera that could outdo its closest rivals as well as Samsung and Apple. The tech giant also showcased its newest Chrome OS laptop -- the Pixelbook Go -- that will look to rectify the poor performance of the company's hardware over the years. 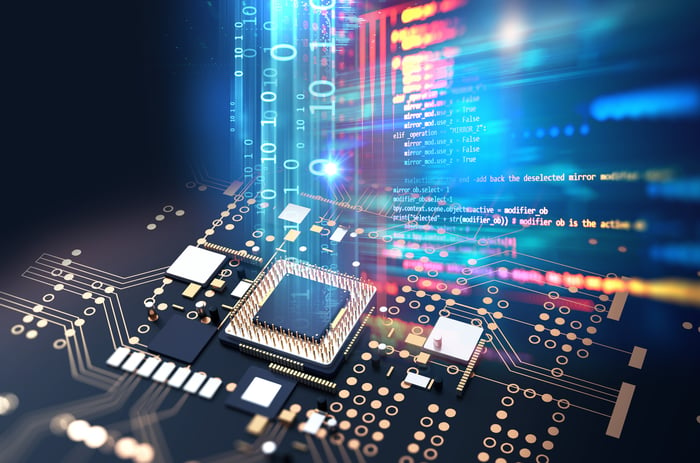 One area in which Google seems to have really tried to produce a viable contender is with its new Pixel Buds 2 -- a direct competitor to Apple's AirPods. With the first set of Pixel Buds being met with largely negative reviews, it will be interesting to see if the company has fixed the glitches. If so, it could look to match the success of AirPods.

Finally, rather than create its own wearables, on Nov. 1 Google bought struggling wearables manufacturer Fitbit (NYSE:FIT) for over $2 billion. By purchasing an established smartwatch name and backing it with its considerable resources, Google could really change the wearables landscape.

Gauging Google's success as a hardware maker in a purely bottom-line sense is not easy, as Alphabet does not release the numbers on sales, lumping into 'other revenue' which amounts to 15% total. Hardware is estimated to make roughly $3 billion for the company, which leaves a lot of room for growth.

Despite Apple's (NASDAQ:AAPL) renewed push into becoming a subscription-based company, it is still a market leader in hardware. This fact was put on show at the annual Apple Event in Cupertino back in September, where it showcased its latest range of products.

The company's flagship product is still the iPhone, despite declining sales in recent years. Though Apple no longer releases iPhone sales numbers, for the fourth quarter of 2018 it was found that the company had 51% global smartphone revenue share. The new iPhone 11 is actually making stronger sales numbers than analysts expected and will remain a driving force in Apple's revenue.

Apple's other new hardware products, the Apple Watch 5, and AirPods range have also been making big moves in the market. The Apple Watch is becoming a real headliner for the company, currently claiming up to 38% market share, with growth of more than 30% year over year. It has become a staple of Apple's growing health department and could be a key product in its future plans in this sector.

Additionally, the usual string of new iPads and Macs were also showcased over the past two months, but a surprising reveal was the new AirPod Pros range, mere months after the release of the second-edition AirPods. Apple's AirPods have seen enormous growth, with analysts predicting up to 100 million sales by 2021, which would account for roughly 8% of the company's global revenue, on top of its already 60% market share in the earphone space.

Despite a long history in hardware manufacturing, Microsoft (NASDAQ:MSFT) has not been able to grab many headlines with its handheld products over the years. For the first time since the company's failure with the ill-fated Windows Phone back in 2016, Microsoft is releasing a dual-screen, foldable smartphone, called the Microsoft Surface Duo.

Though the device is not going to be available until the holidays of 2020, the company will be looking to rehabilitate its hardware image with its new line. Alongside the new smartphone will be a new tablet -- Surface Neo -- and Microsoft Pro X notebook.

Another addition, unsurprisingly, was the Surface Earbuds -- yet another AirPod competitor. Despite a strange, dinner-plate-like design, these brand-agnostic earbuds have much potential, including media control touch capabilities and improved translation software. The latter could be very effective in an ever-expanding corporate world full of multinationals.

The Surface hardware segment of Microsoft's business model has traditionally been an unprofitable one. Since the takeover of Satya Nadella as CEO, the Surface range has taken a backseat, with investment coming in increments rather than massive sums, but the company still seems determined to catch up with the likes of Apple and Google.