Though at times it seems unstoppable, lululemon athletica (NASDAQ:LULU) saw its shares fall in after-hours trading on Wednesday, despite reporting stellar growth. Fourth-quarter guidance was weaker than expected, but the negative reaction has more to do with the valuation. The shares carry such a premium that investors are leery of getting involved. If you can stomach the pricing, Lululemon's comp-store sales are exceptional and have been for a while.

As for its guidance, which accounts for the fewer number of shopping days between Thanksgiving and Christmas this year, Lululemon certainly has the ability to beat it. Investors simply have to decide whether they're comfortable with the premium, as this is likely to remain a pricey stock.

There are very few negatives here. Considering e-commerce revenue grew by over 30% in the quarter, and given the strength within corporate stores, I'm willing to forgive the fourth-quarter guidance adjustment. Lululemon has been a top stock for a while, and for good reason, as this is a company is delivering incredible growth. Few names in clothing apparel are putting up these kinds of numbers. 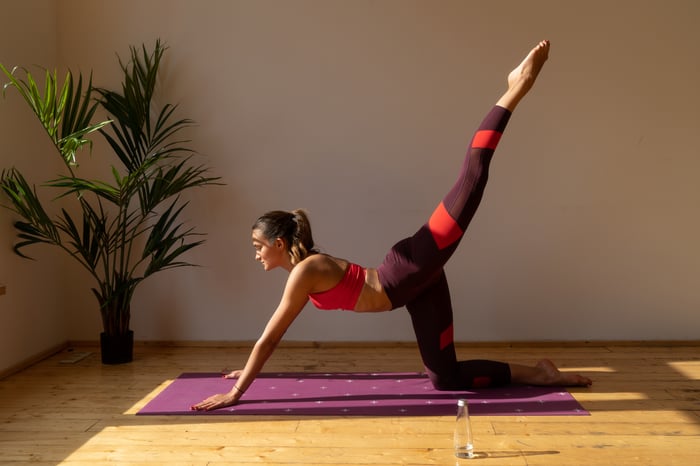 The stock is a bit pricey, but the performance is one of the best this year

Fourth-quarter guidance calls for revenue of $1.32 billion to $1.33 billion, which would still mark a significant upside from last year's comparable revenue of $1.17 billion. Forecast diluted earnings per share of $2.10 to $2.13 would be around 27% better than last year's $1.65.

Lululemon's performance says a lot, not just about the current state of the consumer but also about what's happening with retail in general. Rather than retailers such as Macy's or Kohl's, the real winners in the sector seem to be brands. As the likes of Lululemon and Nike continue to drive direct-to-consumer initiatives, it appears that brands rather than middleman retailers that do the distribution hold the greatest potential for growth.

Lululemon shares carry a premium relative to full-year earnings guidance. A forecast of $4.75 to $4.78 per diluted share would mean the stock is trading at around 47 times forward earnings. I consider the stock one of the best on the market in terms of underlying financial performance, but its success has made the premium a little tough to pay. I'll be watching how things unfold through the rest of the month. If Lululemon gives up some ground, I'll consider jumping in. The comp sales have simply been too good to ignore.