Oxford Industries (NYSE:OXM), the owner of the Tommy Bahama, Lily Pulitzer, and Southern Tide fashion brands, released fiscal third-quarter earnings on Wednesday after the close of trading. Results evidenced resurgent sales after a second quarter in which the top line fell flat. Management tucked in full-year fiscal 2019 earnings estimates slightly, but this didn't seem to faze shareholders. As we peel away the layers of Oxford's filing below, bear in mind that all comparative numbers are presented against those of the prior-year quarter.

Oxford Industries: A bird's-eye view of the quarter 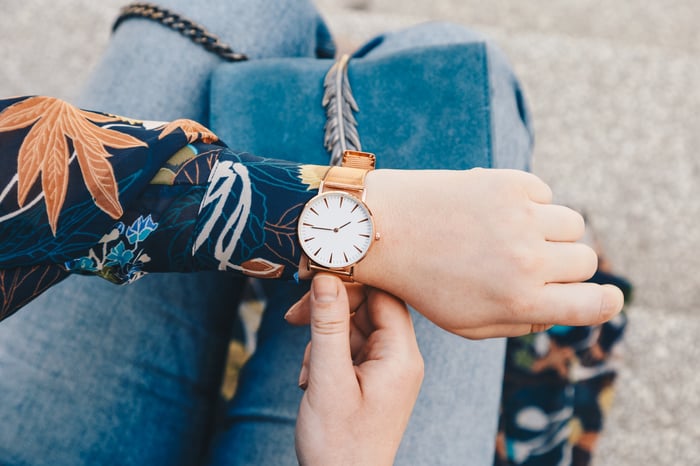 Oxford Industries' Tommy Bahama and Lily Pulitzer brands are aimed at affluent customers, and both labels center thematically on the beach lifestyle. The company has a concentration of stores in Florida and tends to expand in coastal communities. Thus the upcoming resort season, in which Florida sees an influx of vacationers from colder climates, marks an important period in the company's annual sales cycle. In Oxford's press release, CEO Thomas Chubb discussed the resort season and imminent holiday season, and provided some color on sales to date in the fourth quarter:

This is a dynamic time of year as we are in the midst of the holiday selling season. With the remaining holiday shopping days and the all-important resort season still ahead of us, we have the opportunity to do a lot of business in the quarter. That said, our fourth quarter sales to date are tracking a bit behind our previous plan and we have modestly trimmed the top end of our earnings outlook. With our powerful brands and brand messaging, our differentiated product, and the incredible shopping experience delivered both online and in-store by our amazing people, we are confident that we can deliver a solid fourth quarter and continue to build shareholder value over the near and long term.

As CEO Chubb mentioned, Oxford trimmed its full-year guidance marginally on Thursday. The company's net sales are anticipated to land between $1.125 billion and $1.135 billion, against an earlier outlook of $1.135 billion to $1.155 billion. The top of the diluted EPS range has been lowered; per-share earnings are now chalked in at $4.15-$4.30, against last quarter's estimate of $4.15-$4.35.

For the fourth quarter, Oxford advised investors to expect net sales of $300 million-$310 million, and EPS of $1.00-$1.15. At the midpoint of this range, EPS will improve 8% over the $0.99 earned in the fourth quarter of fiscal 2018. Overall, investors appeared satisfied with the current quarter's results and amenable to both full-year and fourth-quarter estimates: Stock in the consumer discretionary investment enjoyed a 3% boost in midmorning trade on Thursday.