On Dec. 5, Biogen (NASDAQ:BIIB) announced its initial phase 3 trial results for its late-stage Alzheimer's drug candidate, aducanumab. While the results weren't entirely negative, investors who had high hopes for the drug were disappointed by less-than-stellar results.

Since then, several analysts downgraded Biogen's stock, claiming this new data is too ambiguous to warrant approval from the U.S. Food and Drug Administration. Let's take a further look at these results, what it means for Biogen, and what biotech investors should do in regard to this company. 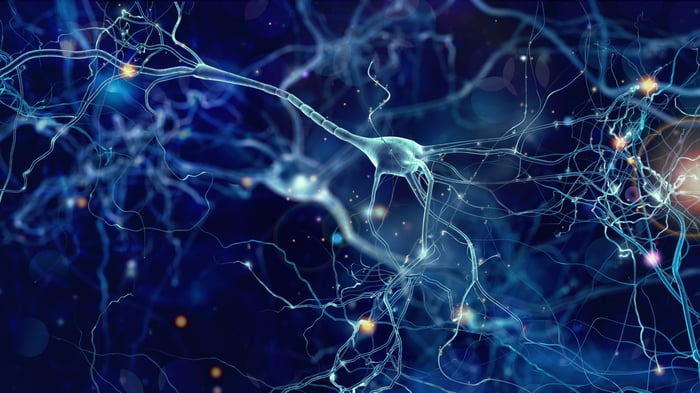 Aducanumab has had a complicated history over the past few months. At one point, management considered the potential Alzheimer's drug to be a failure. An early futility analysis found that aducanumab had little chance of meeting the primary endpoints for its two phase 3 trials. Biogen ended up suspending these studies, much to the dismay of investors, writing the drug off as a flop. Shares of the company fell by almost one-third in light of the news.

But to everyone's surprise, in October, Biogen announced that it had changed its opinion regarding aducanumab and would be submitting the drug for FDA approval. Further analysis revealed that patients who had been taking the drug in higher doses saw significant improvements in cognitive function, a change largely absent from patients who were taking smaller doses.

Since then, investors have waited patiently for Biogen to follow up with more details about the new results. However, while patients taking higher doses had indeed shown some signs of improvement, the information proved much more confusing than first anticipated and it was far from the home run Biogen bulls were hoping for.

Aducanumab's two phase 3 trials, Emerge and Engage, both produced statistically different results. Although Emerge met its primary endpoints, the Engage study failed to meet either its primary or secondary endpoints. While investors were justifiably confused about why these two studies showed differing results, it turns out that a key factor that influenced these results was that the trials dealt with a subset of patients with a gene called APOE4. This group was considered to be at high risk for potentially dangerous symptoms such as brain swelling in response to aducanumab.

As a result, this subgroup of patients -- which accounted for around one-third of patients in the Engage study -- started off at lower doses of the drug before ramping up slowly over time. This meant that fewer patients were getting the high doses necessary to report any improvement in cognitive function. Biogen argues that this group of patients ended up dragging down the results of the Engage study and that otherwise, both phase 3 trials would have met their primary endpoints.

While that's an acceptable explanation for this difference in results, the future remains uncertain for Biogen's Alzheimer's candidate. Medical experts following these results have called for Biogen to mount a third phase 3 study to provide more definite results rather than pursue FDA approval right now. Dr. Howard Fillit, founding director at the Alzheimer's Drug Discovery Foundation, wrote that "the bottom line is we need more data to evaluate the effectiveness. It is clear that Biogen has learned a lot from these two trials and should be able to design a third trial that takes into account the issues that have been raised."

Similar sentiments were echoed by Wall Street analysts, with some even going so far as to downgrade Biogen's stock in response to the news. Analyst Steven Seedhouse from Raymond James said, "We assign 0% probability to aducanumab being approved," while Wedbush's Laura Chico said that this data was as "clear as mud."

Aducanumab was seen as one of Biogen's top drug candidates, so a lot is riding on its results. The overall Alzheimer's market is estimated to reach $12.4 billion by 2026, and while there are some Alzheimer's drugs already on the market, they mainly treat the symptoms of the disease rather than the cause. Aducanumab is different in that it aims to cure the disease itself by removing a specific brain plaque called amyloid, which is associated with Alzheimer's progression.

When Biogen first announced it was pushing the drug for FDA approval in October, I wrote that investors should remain cautious rather than jump on the news. Today I echo those sentiments because it seems that not much has changed in regard to the uncertainty surrounding Biogen's Alzheimer's drug.

Considering the complexity of these recent results and the fact that experts are now calling for additional studies to clear things up, there's a major likelihood that the FDA won't approve the drug at the moment. Investors should adopt a wait-and-see approach when it comes to Biogen until we get further information, whether from the company itself or from health regulators.