Shares of XPO Logistics (NYSE:XPO) gained 36.9% in April, according to data provided by S&P Global Market Intelligence, continuing a rally that began late in March as investors continue to grow more confident that the company will be able to ride out the COVID-19 pandemic.

Transport stocks felt the brunt of the COVID-19 crisis earlier than many sectors, as global supply chains were impacted by the initial outbreak in Asia well before the U.S. economy began to slow. Shares of XPO lost 58% from Feb. 22 to March 21 due to fears of a slowdown, and company-specific concerns about XPO's debt load and its ability to manage through an extended downturn.

It has taken time, but the company has done a pretty good job of addressing those fears and beginning to convince investors it will be around for the long haul. The initial catalyst in April was a note from Oppenheimer analyst Scott Schneeberger defending the stock, who argued the sell-off was overdone and that XPO "appears relatively resilient" and undervalued. 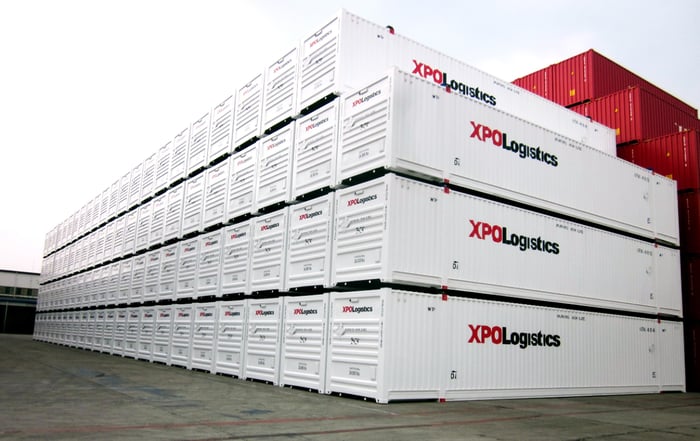 In the middle of the month, XPO CEO Brad Jacobs updated investors on the company's predicament, admitting in his annual letter to shareholders that 2020 would be "a lost year of earnings growth" and saying that while conditions were likely to get worse in the near term, they will "get much, much better" in time. "That's what I see for XPO, our industry and the world," Jacobs wrote.

Jacobs called XPO "a bulletproof tank" that can survive the challenges the pandemic presents, noting the company's relationships with 70% of the Fortune 500 and its investments in technology to make it a preferred vendor for its customers.

Later in the month, XPO successfully raised $850 million in fresh debt to add to its liquidity, preannouncing some of its first-quarter results in the process.

On May 4, XPO announced final first-quarter results, falling short of consensus estimates but in line with what the company previewed in April. The company has about $2.5 billion worth of liquidity and expects to generate "hundreds of millions of dollars" in free cash flow this year despite pandemic-related issues. 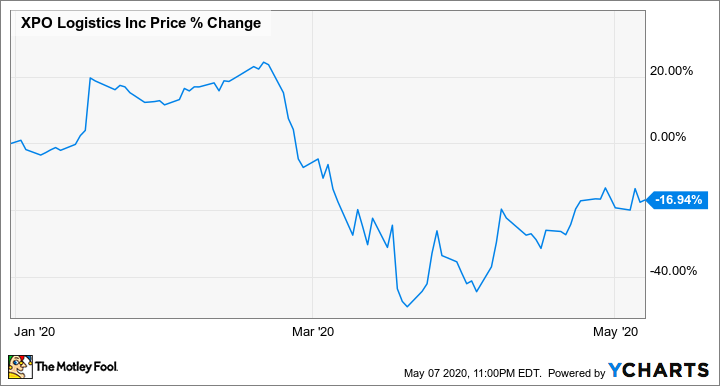 The company's shares are relatively flat seven days into this month and are still down 16.9% year to date and down more than 30% from their February highs. Investors seemingly are no longer as worried about whether XPO can survive the downturn, but they expect it to take a serious hit from the pandemic and the recession that is likely to follow.

That's fair, since XPO will undoubtedly feel an impact in the months to come. But for a long-term investor willing to ride out the rough patch, XPO shares still look undervalued to me. XPO trades at a discounted multiple to logistics rival C.H. Robinson Worldwide and trucking standout Old Dominion Freight Lines, for example.

I'd expect investors who hold through this downturn and beyond will be well rewarded for their patience.