Here are two key consumer trends that accelerated amid the coronavirus lockdown.

A couple consumer habits have changed quite a bit over the last couple months as people stay at home to help prevent the spread of the novel coronavirus. Folks are shopping more online, as retailers have had to close their physical doors and open virtual ones. Additionally, we're spending a lot more time streaming video on demand.

While these two trends were already well underway before coronavirus hit, the current environment has accelerated them and highlighted a couple key areas. Online grocery sales are booming and free ad-supported streaming services are getting a lot more attention. Major platforms PayPal (PYPL -1.89%) and Roku (ROKU -9.25%) think these habits are here to stay. 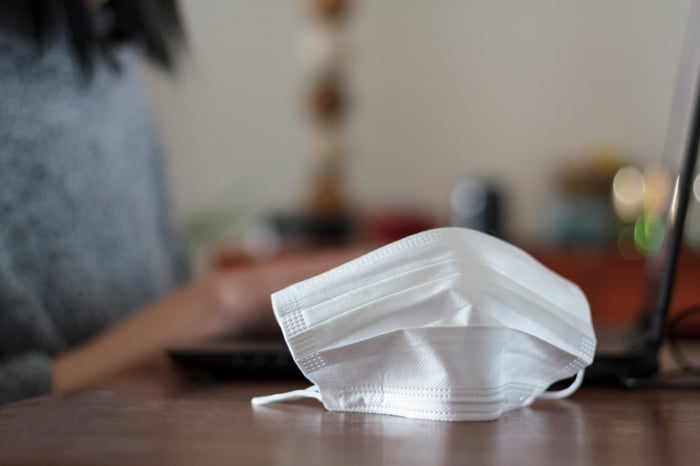 Just because stores reopen doesn't mean consumers will want to go in and shop. "In fact, there is one survey after another that shows that people are more inclined now to do online than to go back in-store," PayPal CEO Dan Schulman noted during the company's first-quarter earnings call.

In countries where they've started to reopen businesses, PayPal is seeing a very high level of stickiness in consumers' new online shopping habits. Schulman pointed to PayPal's user data from Germany and Austria starting from mid-April, when they started relaxing restrictions: "We see no meaningful difference in the amount of usage for their online behavior. Significantly elevated levels -- two times to three times that of pre-COVID."

One area that's seen a particularly sharp increase in online spending is grocery. PayPal says grocery sales on its platform are up more than 100% year over year. And while it still only accounts for a small single-digit percentage of its total payment volume, growth in online grocery is likely to remain elevated. "We've seen that as many as one-third of customers now say that they will continue to buy groceries online," CFO John Rainey said.

As for the general growth in e-commerce, Amazon is certainly a big winner there as well. It dominates the market, accounting for about 40% of all online sales in the United States. PayPal's practical ubiquity outside of Amazon means it's participating in a good portion of the other 60% of online sales.

Without the ability to go out and socialize with friends, people are spending a lot more time on the couch. But without sports or new episodes of their favorite TV shows, most are choosing on-demand streaming options. The trend is particularly notable among younger audiences.

"They've gone in the last year and really in the last month here, from doing about a third of their media, their TV viewing time in streaming, to pretty close to half," Roku Vice President of Programming Rob Holmes said during the NAB Show Executive Leadership Summit. "We've seen 30% growth in that demographic just since the beginning of March."

"Since staying-at-home began, we have seen an acceleration of growth in both account activations and streaming hours," Roku's management wrote in its first-quarter letter to shareholders. "The sharpest rises in viewership are to ad-supported and subscription programming. The growth of 'virtual' MVPD streaming has been more moderate."

While cord-cutting is picking up steam, some of the biggest winners in on-demand streaming have been free ad-supported services. While that benefits a lot of companies with a hand in ad-supported streaming, the two biggest beneficiaries may be Roku and Amazon. Both companies take a percentage of ad inventory from within every ad-supported service on their respective platforms, Roku and Fire TV. Roku takes it a step further with The Roku Channel, controlling 100% of ad inventory and offering a revenue share to partners.

Roku's management believes that "changes brought on by the COVID-19 pandemic may even accelerate Roku's path to greater platform scale," as it says in its recent letter to shareholders.

Coronavirus has forced us to change a lot of our daily habits. It's very likely at least some of those habits will stick around long-term; things won't simply go back to how they were pre-pandemic. With the shift to e-commerce and more streaming already taking place before coronavirus started impacting our lives, they're two of the most likely habits to stick.