International Business Machines (NYSE:IBM) is gearing up to lay off workers amid the COVID-19 pandemic, the first such action by CEO Arvind Krishna, who took on the role in April.

IBM hasn't said how many employees it's letting go, but a source told The Wall Street Journal the move could eliminate several thousand jobs. The idea is to better align the tech stock with the current demand and to ensure it is agile in meeting the needs of new and existing customers. In a statement to the WSJ, IBM said its business requires it to easily remix the skills needed on a constant basis. IBM ended 2020 with 352,600 workers. 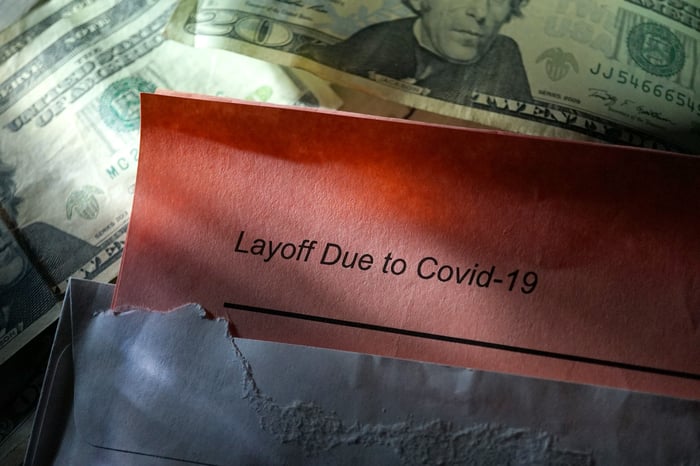 IBM workers who have already been let go told Bloomberg most of the layoffs are happening in the North American region and could include workers in North Carolina, Pennsylvania, California, Missouri, and New York. IBM's headquarters is in Armonk, New York.

IBM joins a growing list of tech companies that have been forced to engage in layoffs amid the pandemic. Uber Technologies and Lyft, the two ride-hailing companies, have initiated layoffs, as has Hewlett Packard Enterprise.

While IBM, like other companies, is suffering during the pandemic, it already faced problems before the disease hit. Its IT services, hardware, and legacy software have all experienced a slowdown in recent months. It's trying to carve out a leadership position in cloud, security, and analytics. The spotty results over recent years have resulted in Krishna taking over the CEO role. He was previously senior VP of IBM's cloud and cognitive software businesses, and he's also credited with pushing for the $34 billion Red Hat acquisition IBM made in the fall of 2018. The layoffs are one of his first actions as the new leader of the technology icon.