A civilizational gap, it seems is a difficult thing for Americans to admit. When Kiron Skinner, former Director of Policy Planning at the State Department, floated the idea that China hailed from a different civilization and that their principles are not our principles, she was promptly attacked. Dangerous idea, said The Washington Post, notwithstanding that Skinner was expressing a "kind of respect" for China in doing so, failing to understand that this is exactly how the Chinese would see things.

But a civilizational gap exists nonetheless. Between the U.S. and China, the differences go far beyond tastes and customs and enter the realm of values, morality, and even something as basic as the nature of truth. It is almost as if the brains of the two societies are wired differently, and therefore each side must painfully reorient itself and question its most fundamental assumptions, to gain even a glimpse into the workings of the other. That is also why a mutual understanding -- society to society -- is impossible. But perhaps we can, singly, achieve what is impossible collectively. 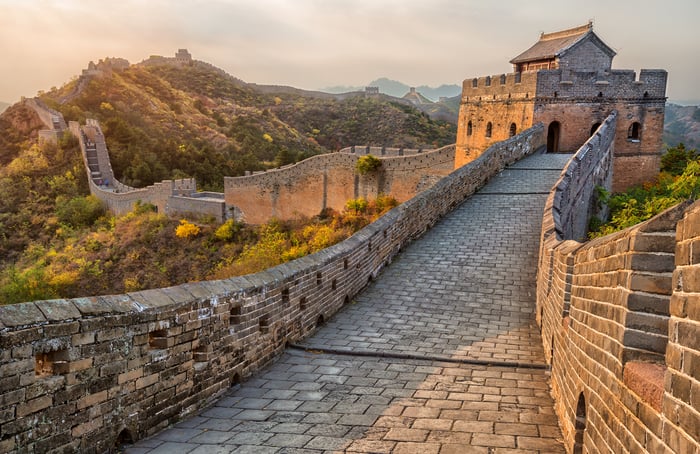 The virus, truth, and untruth

The recent kerfuffle over China's handling of the coronavirus -- its transparency, or lack thereof -- is only the latest illustration of the civilizational gap between the U.S. and China.

Early on, the Chinese denied that there was human-to-human transmission of the virus. Only on Jan. 20 did a government scientist admit that such a thing was taking place. In the American mind, the Chinese did a bad thing  -- they knew the reality of the virus and hid it from the world. Let us assume for the sake of argument that this is indeed what transpired.

As Americans , we believe in a right and a wrong, a truth and an untruth, and we assume these beliefs to be universal. Therefore, we think the Chinese, deep inside, know. They know they did a bad thing. They must.

But what if I told you that, from the Chinese perspective, they not only did not do anything wrong, but they are actually the heroes of this story, being punished like heroes often are for having done a good thing? Let me explain.

In the West, truth is a moral quality. Truth is good. Lying is bad. But in the East, truth is not so much a moral achievement as it is a resource, like money. It is something to be shared liberally with one's compatriots, sparingly with outsiders, and rarely with foreigners, who, if anything, must be deceived.

From the Chinese point of view, they actually did a very humane thing. They didn't reveal everything, didn't share all of their truth-money, but they gave the world enough to let them know that this thing was serious. Must we spell it out to you? they would say. We shut down the country during the Lunar New Year. What other clue do you need?

I was not surprised to see South Korea and Singapore responding with alacrity to the challenge. They saw through the obfuscation. All of these countries, remember, hail from the same civilization, one that centers on China, and though their cultures differ, they share a language that goes beyond words.

As the Western world demands complete transparency from the Chinese, the Chinese are befuddled. It is beyond their conception to believe that Americans are attacking them purely out of principle, out of rage over being deceived. In their mind, they shared more than enough of their truth-money, and if the Americans are demanding all of it, complete transparency, then it can only be that they want to embarrass China. This is obviously a political ploy, they would say. How can it be otherwise?

China's approach to truth confuses, perhaps even appalls the Westerner, and yet, it is an approach that is as much Asian as it is Chinese. It is shared by countries like Korea, Japan, and Vietnam, who all derive from that particular mix of Confucianism, Taoism, and Buddhism that make up Chinese civilization.

In that tradition, the concept of an absolute, objective truth is almost irrelevant. The only truth, one can say, is that there is no truth. Instead, there is your truth and there is my truth, and both are as true to us as they may be untrue to the other. Leave it to the Westerners, they would say, to search for that fleeting elixir called Truth. Instead of Truth, Asian philosophy seeks Wisdom, a way to live.

Truth isn't the only thing our civilizations see differently. Even the concept of good and evil is different in the East.

In the East, such a goal would be overambitious, counterproductive. In place of good and evil, there is yin and yang. Yang, the active force; yin, the passive force. And within both yin and yang, there is both good and evil. In the Eastern mind, good and evil exist, but the goal is not for one to defeat the other but for each to coexist in harmony. One can say that in the East good must find a way to harmonize with evil -- a viewpoint, I am sure, that would horrify a clergyman.

The Western mind, over the course of centuries, has developed a unique ability to categorize, and in so doing ruthlessly obey the rules of logic. As good is not evil, so black is not white. But to the Eastern mind, black, as can be seen in the figure, extends into white. An element of white exists in black, an element of black in white. The central message is a logical contradiction-that in the end, black and white are more or less the same. 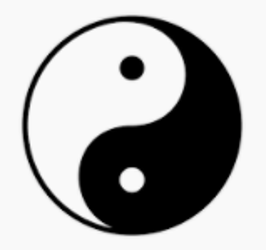 The image of yin and yang is not just a pretty figure, but rather a template of the Eastern mind, where opposites meld and distinctions evaporate. Good becomes evil and evil becomes good, depending on the situation. Communism mixes with capitalism. With a straight face, the Chinese will say they are both communist and capitalist, indeed that one requires the other. And China, according to Mao, was a "people's democratic dictatorship"- he meant it too. Think of this as a skill, an ability to believe with equal conviction two contradictory ideas, surmounting in a way, the rules of logic.

Of course the ends justify the means

The value system I've just described leads the East Asian states (not just China) to be extraordinarily freewheeling when it comes to the means they are prepared to use in pursuit of their goals, whether in politics or business. "Machiavellian" is one way to describe it. A strict adherence to moral principle -- and to Truth -- is even considered a sign of closed-mindedness.

In the West, we often debate about whether the ends justify the means, and in polite society, it is best to say that they do not, best to be straight and square and look appalled by the notion that sometimes principles should be ignored.

In the East, there is not even a debate – or if there was, it was settled long ago. The Eastern equivalent of Machiavellianism is called Legalism. Like Machiavelli, the Legalists advanced a rather cynical view of human nature and proposed a strong, amoral government as the best way to preserve stability. Legalism arose during the Warring States Period (475 BC – 221 BC) -- before China was even united. In other words, the Eastern Machiavelli predates the Western Machiavelli by about 1800 years. This should demonstrate the degree to which the Machiavellian spirit is engrained in the spirit of East Asia.

By contrast, Americans still maintain a deep-seated belief that human nature can be improved and that a better world can develop as a result.

But China, Japan, Korea-these are old societies. Americans could not even begin to imagine the tragedies Asian peoples have both incurred and perpetrated. A single rebellion in the 19th century -- the Taiping Rebellion -- is said to have killed around 20 million people in China. During the Great Leap Forward, only sixty years ago, 45 million people are said to have perished, thousands in macabre scenes of cannibalism.

If ever the Asian states entertained the hope that human nature could be improved, it was lost long before in the annals of time, somewhat like the hopes and dreams of childhood are lost in maturity. So, in that sense, the Asian states are not so much unscrupulous as they are jaded.

It is with this civilization, many times older than us and complex beyond comprehension, that we have decided to struggle. We could not have picked an adversary more difficult to understand.

This article isn't meant to explain Chinese civilization. That would require a book. Instead, this article is meant to illustrate how different China really is and how unlikely it is that those differences will reverse, given how Chinese culture has developed over millennia.

Until now, America has imposed its own moral system onto the world, aided of course by its physical might. Moral superiority buttressed by economic and military power -- this is really what we mean by American leadership.

The Chinese have never accepted this system, but they bowed to it. Looking back, we should have taken this acquiescence for what it was: respect for American power. Instead we took it further, mixed our hopes into our predictions, and theorized that, somewhere down the line, China, too, would take on our democratic ways. Why the Communists would actively assist in their own extinction was never adequately explained.

This delusion was mainly self-delusion on our part, though certainly the Chinese made no effort to dispute us. In retrospect, we must admit that it was somewhat mad even to think that a country of China's pride, after thousands of years of continuous history, would choose this moment to take on the ideals of a country which has only been around for 250 years -- a country that has barely lived, as the Chinese would say.

One cannot truly understand the Chinese -- or East Asia, for that matter -- without recognizing that a different moral system exists, that it will continue, and that it is just as legitimate to 1.4 billion people as ours is to us. That is akin to Christians recognizing the authority of Vishnu, which is why a true understanding between the U.S. and China -- society to society -- is impossible. But perhaps it is possible to achieve singly that which is impossible collectively. In any case, that is our hope.

China and the Truth @themotleyfool #stocks Next Article
Current