Cancer therapeutics have come a long way in the last 10 years, with the rise of cancer immunotherapy and gene therapy providing ever-improving outcomes for patients. Investors keen on profiting from these ongoing and future advances in biomedical science will need to round out their portfolio with the right oncology companies.

I've identified four promising oncology companies based on their innovative drug development activities as well as their potential for growth in the next five years. Read on to see why these companies are noteworthy, how their approach measures up to the competition, and when you should consider investing to capture the greatest returns. 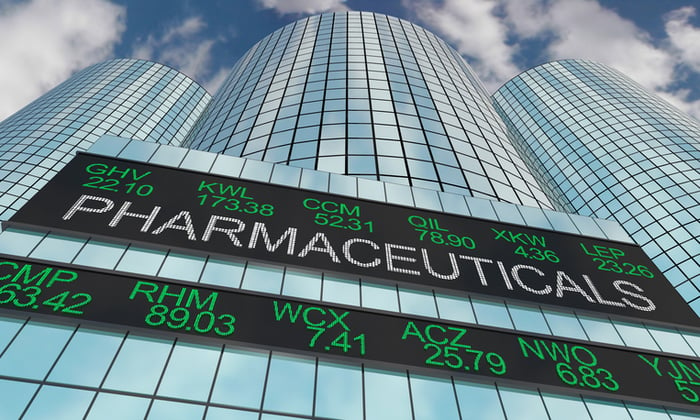 Mersana Therapeutics' (NASDAQ:MRSN) antibody-drug conjugate (ADC) products are notable for their ability to deliver therapeutic molecules directly to their cellular targets, meaning that the associated side effect load is lower than with less focused therapy modalities like chemotherapy. As a clinical-stage company, Mersana has little cash on hand, but in early June it raised $174.8 million with a new registered public offering.

Mersana is worth an investment because most of Mersana's ADC programs are intended to treat more than one type of cancer. If, for example, the company's XMT-1536 program proceeds through phase 1 trials, in phase 2 it could be evaluated for ovarian cancer, non-small-cell lung cancer, and adenocarcinoma. Given that the company reported favorable interim phase 1 data in late May, the odds are good that XMT-1536 will make it into phase 2 later this year. Other Mersana programs target solid tumors from a plethora of different pathologies. This means that Mersana will likely be able to enter more than one cancer market with the same product.

There's no immediate rush to invest in Mersana, but making a purchase before the end of its phase 2 trials will deliver more growth.

Jounce's immunotherapies for the tumor microenvironment may be revolutionary

Since its IPO in 2017, Jounce Therapeutics (NASDAQ:JNCE) hasn't been a growth stock. Indeed, Jounce has yet to return to its highs in early 2018. And, after a disappointing Q1 earnings report, the market doesn't show much enthusiasm for the company. But Jounce's future may still be bright.

As an immuno-oncology company, Jounce takes a slightly different scientific approach than its competitors by targeting the cells of the immune system within the tumor microenvironment. In a nutshell, this means that Jounce's immunotherapies can affect antitumor immune cells in high-impact areas within solid tumors, which have traditionally been extremely difficult or impossible for other anticancer therapies to fully access. If Jounce's therapy is successful, it would open up a new domain of immunotherapies and provide clinicians with another therapeutic tool to use in conjunction with other anticancer treatments. While it remains to be seen how effective Jounce's approach is, the company is currently performing phase 2 clinical trials for its non-small-cell lung carcinoma program, meaning that results are forthcoming.

Tune in to Jounce's virtual stockholder meeting on June 26 to get an idea for when would be a good time to invest. For investors who are bullish about the cancer therapeutics market as a whole, there's no reason to wait, with the caveat that there's no guarantee that Jounce will survive long enough to make it to the market with a therapy product.

Agios is expanding into new markets for its already-approved drugs

Agios Pharmaceuticals (NASDAQ:AGIO) has a formidable stable of late-stage clinical programs that make it well positioned for substantial growth in the next few years. If the company can make its presently approved cancer therapies profitable, it'll gain the cash flow momentum that it needs for substantial growth.

Agios' Tibsovo for acute myeloid leukemia (AML) is approved for two indications, and three more indications are currently being studied in phase 3 trials. This means that Agios will soon have wider markets for one of its two approved drugs. The company is also pursuing additional indications by conducting clinical trials for Idhifa, which also targets AML.

Elsewhere in its pipeline, Agios has a handful of phase 3 programs for diseases ranging from glioma to noncancer pathologies like thalassemia. This means that Agios could pivot away from cancer therapies if it sees a worthwhile opportunity.

With year-over-year quarterly revenue growth of 188.1%, Agios is well on its way to profitability, and its fortunes will continue to grow thanks to its well-stocked development pipeline. Investing in Agios before its next earnings report is advisable, but skeptical investors can probably wait longer without much harm.

With a market cap of only $366.49 million, Sutro Biopharma (NASDAQ:STRO) is a small newcomer to the cancer therapeutics market. The company's claims to fame are its cell-free therapeutic discovery platform and a cell-free current good manufacturing processes (cGMP) facility, which it uses to support its clinical and preclinical research efforts.

By emphasizing cell-free technologies to perform its research and manufacturing activities, Sutro is betting that it can keep its costs lower than competitors, which rely on more costly cell-based methodologies. Aside from its unusually large investment in cell-free operations, Sutro also has a small pipeline of anticancer therapies, which may be promising.

Sutro's STRO-002 is an ADC that is currently being investigated in phase 1 clinical trials for both ovarian and endometrial cancer. Preliminary data suggest that STRO-002 is likely to pass through to phase 2 trials in the second half of this year. Similarly, the company's STRO-002 program is in phase 1 trials for multiple myeloma, B-cell lymphoma, mantle cell lymphoma, and follicular lymphoma. Sutro owns exclusive rights to these two programs, meaning that they are the most likely foundation for long-term growth.

Separately, Sutro also has preclinical development collaborations with Merck and EMD Serono, as well as a phase 1 collaboration with Bristol Myers Squibb. These collaborations provide a small amount of revenue, but with only $41.26 million in trailing 12-month revenues and negative 17.1% quarterly revenue growth year over year, the company has a long way to go before it is cash flow positive.

Sutro is a risky purchase because so far none of its pipeline programs have made it beyond phase 1 clinical trials. However, investors looking for a bargain might be interested in knowing that Sutro may soon be sued by its shareholders as a result of allegations of securities fraud. If the investigation is resolved in Sutro's favor, there will still be plenty of room for the company's stock to grow over time, so more cautious investors may be better off circling back to check on it in a year or so.