What's baffling, however, is that the stock's win streak has been entirely ignored by retail investors. In its most recent filings with the Securities and Exchange Commission, institutional investors accounted for almost 100% of the company's ownership. Even so, the company managed to garner much institutional interest despite only having its experimental therapies reach phase 1 status. Could the stock continue its winning streak and deliver riches to investors? Let's find out below. 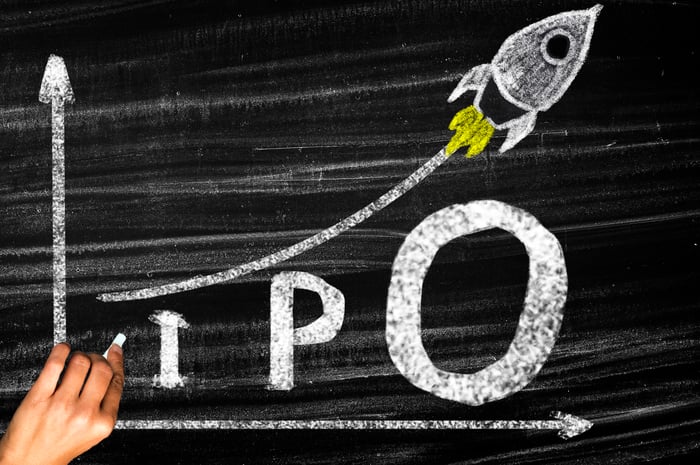 Why are big buyers excited about Fate?

Fate Therapeutics has big buyers excited because it's at the forefront of developing the third generation of cellular immunotherapies. Immunotherapies are treatments that use the power of the body's own immune system to control and eliminate cancer. Currently, the method being investigated by biotechs and researchers around the world is chimeric antigen receptor T-cells (CAR T-cell) immunotherapy, which can help save lives but has a huge price tag. Indeed, after overhead costs, mark-ups, and a three-week manufacturing process, one course of CAR T-cell treatment can cost up to $1.5 million.

Luckily, this is where Fate Therapeutics comes to the rescue with its proprietary induced pluripotent stem cell (iPSC) technology. Using this method, a single stem cell clone can morph into more than 200 different types of cells via genetic engineering, which can then be mass-produced and stored. When cancer patients need a specific type of antibody in their systems, doctors would be able to request the corresponding iPSC on demand from a cell bank.

In previous articles, I discussed the effectiveness of two such therapies, NK100 and FT500, in phase 1 clinical trials. Let's examine yet another one of Fate Therapeutics' promising candidates, FT516.

FT516 is a natural-killer (NK) cell engineered from Fate Therapeutics' master iPSC line with a modified form of the CD16 receptor. Normally, tumor-killing activity from NK cells can be heavily impaired when these cells detach from their targets. FT516, however, is designed to resist detachment upon activation and have a higher affinity for currently approved antibodies that help target cancer cells.

In its phase 1 interim data release, one patient with acute myeloid leukemia who took FT516 (90 million cells per dose) for three weeks as a monotherapy with IL-2 cytokine (cells that regulate the activity of cancer-fighting T-cells) support showed no external evidence of leukemia after treatment. Furthermore, there was evidence of hematopoietic recovery (improvement in the ability to form blood cells of all types), and no circulating leukemia cells were observed in the peripheral blood. FT516 was also found to be well tolerated in this patient.

While the results are very good, observers may rightly point out that the therapy only worked on one patient and has not been compared to current standards of care. However, the patient who recovered after taking FT516 had previously failed multiple rounds of chemotherapy and treatment with standard of care. Hence, it's more likely than not -- save for a miracle -- that the experimental therapy kept the patient alive.

Overall, all three of Fate's pipeline candidates are set to release their clinical data by the end of 2022. Currently, Fate Therapeutics has more than $1.8 billion in potential payouts if these therapies are successful in the development and regulatory stage, and an additional $1.2 billion for hitting certain commercial milestones. The company also has $319 million in cash and investments, including a $100 million cash infusion from Johnson & Johnson's (NYSE:JNJ) Janssen subsidiary in April. Recently, the company closed another round of equity funding from Johnson and Johnson worth at least $214 million, a move that is highly indicative of the pharma giant's confidence in Fate Therapeutics' future prospects. Compared to a quarterly net loss of $33 million, the company's capitalization is superb. I think Fate Therapeutics has some truly amazing candidates in its pipeline and is well positioned to enrich investors with a high risk tolerance.

If You Invested $1,000 in Fate Therapeutics' IPO, This Is How Much Money You'd Have Now @themotleyfool #stocks $FATE $JNJ Next Article
Current