There are a lot of different types of insurance companies. Turn on the TV at any time of the day and you will probably be bombarded by ads from about five of them nonstop. There are insurers that specialize in health, property and casualty, and life insurance, to name a few. MetLife (NYSE:MET) is one of the largest insurance companies in the world and the largest life insurer in America. It is also a leading provider of annuities and employee benefits.

MetLife's primary competitors among public companies are Prudential Financial, Lincoln National, and AIG. So how does MetLife stack up? Is it the best insurance stock? 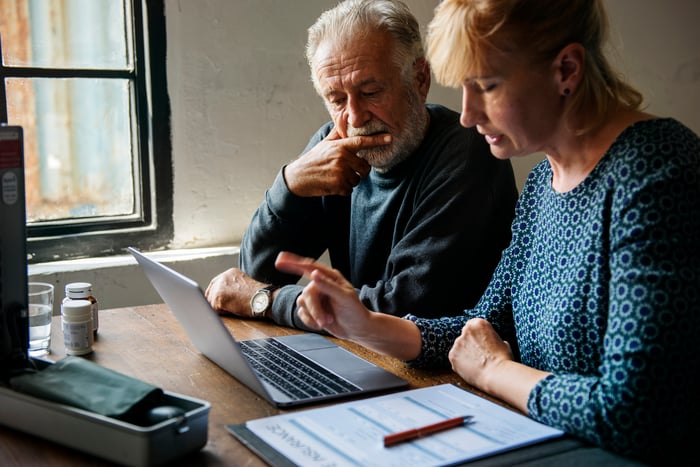 MetLife is the most efficient

Insurers make money in a few different ways. First, they generate income by making more in premiums than they pay out in claims. Second, insurers earn by investing the income before it is paid out for claims. MetLife also generates revenue through its retirement and income solutions business as a provider of annuities and employee benefits. With that as a backdrop, let's look at how MetLife compares to others in its peer group.

Another key metric is return on equity (ROE), which is calculated by dividing net income by shareholder equity. MetLife had an adjusted ROE of 12.6% in the first quarter, which indicates how the company uses its assets to earn profits. MetLife is more efficient than its peers in this metric, too, as AIG posted an ROE of 11.2%, while both Prudential and Lincoln come in much lower than that.

Finally, when assessing insurance stocks, dividends are important as they contribute to long-term total returns and reflect the stability of company. MetLife boosted its quarterly dividend by 4.5% to $0.46 in the second quarter and $1.84 per year. On that basis, it pays a robust dividend yield around 4.7% with a low payout ratio of 34%.

However, they all pale in comparison to Prudential's fantastic $1.10 per share quarterly dividend at a yield of 5.89% at a fairly low payout ratio of 8.98%.

MetLife's stock price got hammered on June 11, down about 9% on the news that it had to pay out an $84 million settlement for a class action suit. The suit was filed by shareholders who claimed that MetLife failed to include certain data for deceased policyholders in calculating Incurred But Not Reported reserves.

The entire industry took it on the chin that day as the market fell almost 6%. But the market rallied on Friday. As of June 12, MetLife is outperforming its peers, down about 26% year to date. Prudential was down 32% year to date, while Lincoln was down 31%, and AIG was down 35%.

These are indeed difficult times for all insurers: The COVID-19 pandemic is expected to lead to large catastrophic losses as insurance companies deal with a sustained period of 0% interest rates. MetLife is as well-positioned as any among its peer group to navigate the choppy waters with its efficient growth, solid dividend, and excellent liquidity, with $5.3 billion of cash and liquid assets -- well above its target cash buffer of $3 billion to $4 billion. This is not a great time to add any insurance stock to a portfolio, but if I were looking to diversify my portfolio with a good long-term life insurance stock, MetLife would be at the top of my list.