On Tuesday, Big Lots (NYSE:BIG) issued an encouraging operating update as part of its announcement that it has raised over $500 million in cash.

The home furnishings retailer said comparable-store sales are "up strongly" in the fiscal second quarter to date and are running well ahead of management's expectations through the first two weeks of June.

In late May, Big Lots said comps jumped 10% in the fiscal first quarter, which ended on May 2. The retailer said at the time that growth had spiked as more consumers turned their attention toward home furnishings during COVID-19 related stay-at-home measures. 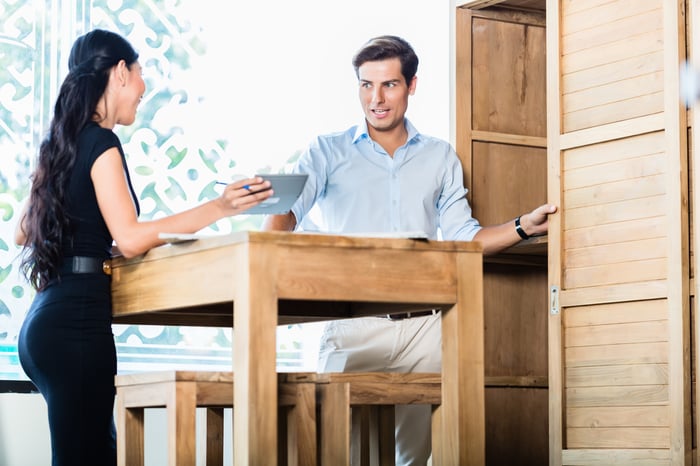 That positive momentum has carried on into the first six weeks of the second quarter, but Big Lots cautioned investors to expect an eventual slowdown ahead. More of its peers are reopening their locations, after all, and Big Lots will see extra pressure from its canceled July sales promotion event as well.

Still, the company is targeting an improving financial picture coming out of the COVID-19 crisis, in part thanks to its new cash infusion. "As we continue to see a return to a more normal operating environment," CEO Bruce Thorn said in a press release, "we expect to use this liquidity to take additional actions to drive shareholder value." Big Lots noted share repurchase spending and investments in high-return growth areas as among its biggest capital priorities today.