Just as Apple (NASDAQ:AAPL) has been making progress in growing the audience for Apple News, which now has 125 million monthly active users (MAUs), the news aggregation platform is taking a major blow. The New York Times (NYSE:NYT) announced this week that it was pulling out of Apple News completely, making it one of the most prominent national publications to ditch the platform. 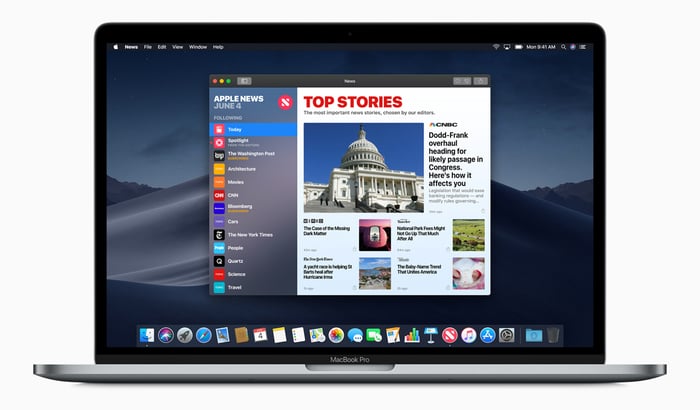 Apple's walled garden is too restrictive

Effective Monday, Times articles will no longer appear within the curated Apple News feed. The company cited the lack of control over customer relationships, as well as the inability to redirect readers to its own site, as key factors in the decision. Those restrictions make it extremely difficult to convert readers into paying subscribers, which is key to The New York Times' actual business.

The New York Times has been making meaningful progress on that front, with digital-only subscriptions soaring 40% last quarter to 5 million. Those gains helped offset a 7% decline in print subscriptions, which totaled approximately 840,000 at the end of the first quarter.

"Core to a healthy model between The Times and the platforms is a direct path for sending those readers back into our environments, where we control the presentation of our report, the relationships with our readers, and the nature of our business rules," COO Meredith Kopit Levien wrote in an internal memo. "Our relationship with Apple News does not fit within these parameters."

You can't say he didn't warn you

Keep in mind that The New York Times had declined to be a part of Apple News+, the $10-per-month subscription service the tech giant launched last year that was based on its 2018 acquisition of Texture. Apple reportedly keeps half of all subscription revenue from that service, with publishers splitting the remaining half based on proportional engagement.

The New York Times CEO Mark Thompson told Reuters last year, "We tend to be quite leery about the idea of almost habituating people to find our journalism somewhere else."

Other national outlets like The Washington Post also opted out of Apple News+, although the Post still sells in-app subscriptions through Apple News, which entitles the Mac maker to a cut of those sales. The Wall Street Journal offers a limited selection of articles within Apple News+. Even official Apple News+ partners like Conde Nast -- which publishes household names like Vogue, GQ, and Vanity Fair, among others -- have expressed skepticism regarding the relationship with Apple.

Apple News+ has struggled to gain subscribers, with the subscriber base reportedly stuck around 200,000. At the same time, the free version has garnered criticism from publishers because ad monetization has been extremely poor due to Apple's emphasis on privacy, which severely limits ad targeting.

With the Times pulling out, will other publishers follow suit?