Shares of Genuine Parts Company (NYSE:GPC) fell about 18% over the first six months of 2020, according to data from S&P Global Market Intelligence. That compares to a roughly 5% drop in the S&P 500. It wasn't a great first half, with the stock down as much as 50% at one point, but investors shouldn't get too upset about this industrial name's pullback.

Genuine Parts makes replacement auto and industrial parts. It has a broad distribution network that ensures the timely delivery of those parts to customers. It is a well-respected business with a long history of success behind it. The best example of that success is the company's 60-plus years of annual dividend hikes. You don't put up a record like that without doing something right along the way. 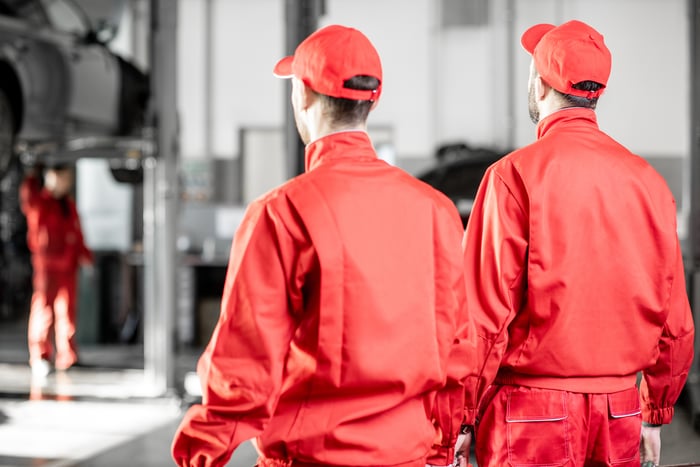 That said, as an industrial company, the stock's pullback in the first half makes sense. With COVID-19 spreading across the globe, businesses were shut down and consumers were asked to stay at home. Specifically for Genuine Parts that meant less driving and less manufacturing. Thus, less need for the company's replacement parts. But long-term investors shouldn't get too caught up in the issue. As its dividend record suggests, Genuine Parts has survived hard times before and it is highly likely to do so again. Moreover, the company estimated that COVID-19 only reduced sales by 3% in the first quarter. That's not a particularly big impact.

When times get tough, industrial names tend to underperform. That's exactly what's going on with Genuine Parts today. Based on its impressive dividend history (built on a fairly resilient business model), though, income-focused investors might want to take this opportunity to get to know the company. Although Genuine Parts' dividend yield has been higher in the past, the current 3.6% yield is still toward the upper end of the company's historical range.