As of 1:45 p.m. EDT, Kandi's American depositary shares were trading up about 9.4% from Tuesday's closing price.

As with many other Chinese companies, Kandi's sales took a big hit in the first quarter as China imposed strict stay-at-home orders amid the coronavirus pandemic. But investors looking for signs of optimism (Kandi doesn't say much) have found some in the June sales reports for electric vehicles in China: Both Tesla and Chinese rival NIO (NYSE:NIO) had big year-over-year sales increases, suggesting that the market for what China calls "new energy vehicles" is back on a growth trajectory. 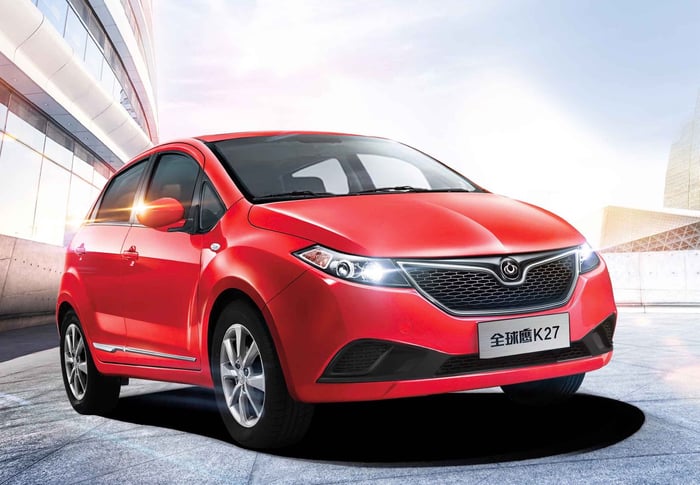 Kandi's K27 is an urban commuter car with a range of about 100 miles on a charge. Image source: Kandi Technologies.

While Kandi has been around for years — it has been traded on NASDAQ since 2008 — it hasn't made much of an impression on auto investors outside of China. For starters, the maker of small battery-electric cars and off-road vehicles is still a tiny company, with just $135.7 million in revenue in 2019. (Contrast with the much younger NIO, which reported $1.06 billion in revenue on sales of just over 20,000 vehicles last year.)

So what's going on with the stock now? Take a look at the big gains posted by Tesla and NIO since the market's mid-March lows. 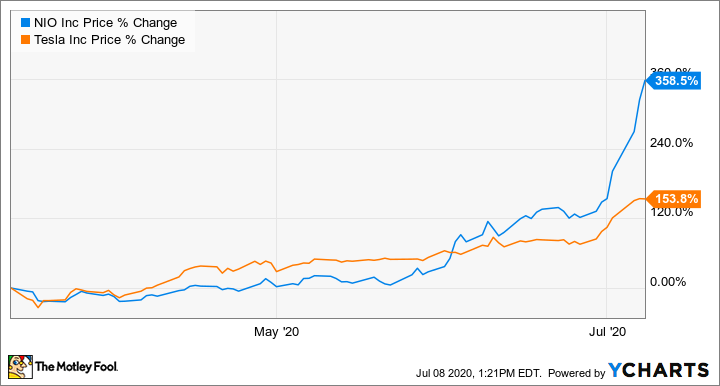 I think those gains have motivated investors to take a fresh look at other electric-vehicle stocks, and together with the new signs that China's electric-car market is growing again, interest in Kandi is rising.

CEO Hu Xiaoming said in April that fresh cash infusions from big domestic automaker Geely and economic-development authorities in the city of Jinhua have given Kandi added balance-sheet strength despite the impact of the pandemic. But investors will have to wait until the company's second-quarter earnings report to learn more, likely in the second half of August.