Shares of Expedia (NASDAQ:EXPE) fell 24% during the first half of 2020, according to data from S&P Global Market Intelligence. The online travel agent felt the brunt of the COVID-19 pandemic, which basically brought the travel industry to a screeching halt in late March.

While that might seem like a dire decline, Expedia had been down nearly 60% on the year at one point, and has actually rebounded strongly since. 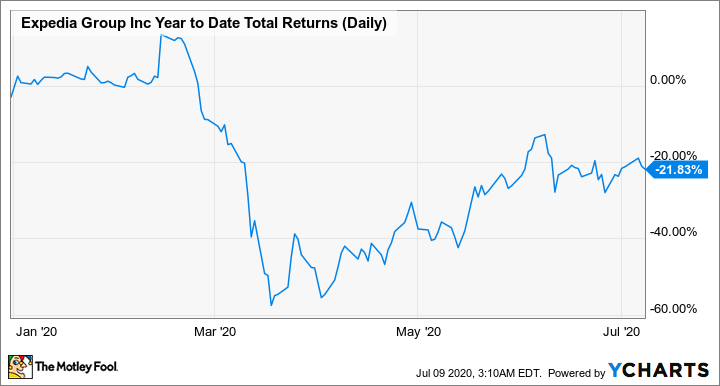 Expedia's revenue comes from travel bookings made on its various travel platforms. Needless to say, its business took a huge hit in the first half, with bookings down some 85% at the trough in late March and early April. However, management also noted on the late May conference call with analysts that trends had improved into May. Still, an improvement upon an 85% decline leaves a long way to go to get back to normal, and Expedia is still set up for losses in the second quarter and likely through the year.

To help bridge the gap, Expedia raised almost $4 billion back in April, including $2.75 billion in debt and $1.2 billion in preferred stock from Apollo Global Management and Silver Lake. Each of these private equity firms received a board seat to help guide the new management team at the top.

Speaking of, Expedia got a new permanent CEO in the first half, with longtime board member Peter Kern stepping into the role. Kern took over for interim CEO Barry Diller, after the company's former CEO was ousted last December amid a big C-suite shakeup. 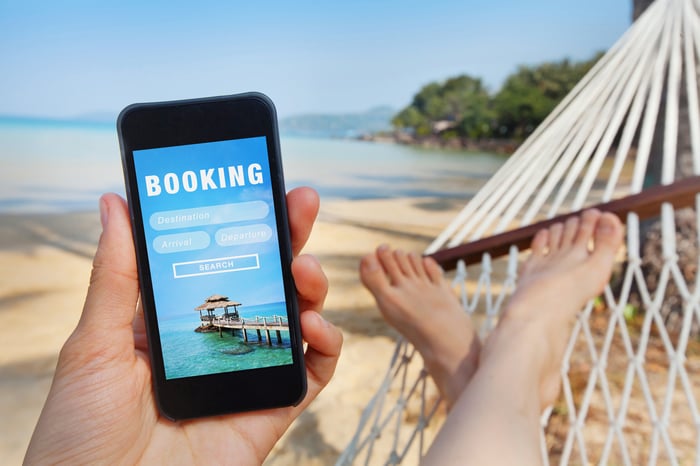 Kern is currently making changes at Expedia, including a $500 million cost-cutting program, consolidating the marketing strategy among Expedia's various brands into one unified marketing team, and pushing through technology changes while volumes are down. Kern also remarked on the first-quarter call:

We've chased unhealthy growth over the years. And Google and other performance marketing channels have tried to disintermediate us and we've made some not terribly smart choices along the way. We believe that this reset of the virus will give us an opportunity... I mean, we've been talking about this for a while that as we wade back into the marketplace, to be much more disciplined to only chase real growth, real valuable growth, healthy growth and not be stuck chasing performance marketing and entering into dis-economic auctions.

In terms of recovery plays, Expedia is intriguing in that it has a new management team making drastic changes to its marketing strategy, which could make Expedia a better company on the other side of the crisis. But like all recovery plays, the intermediate future is highly uncertain and dependent on the containment of, or a cure for, the coronavirus.