There are 195 countries in the world, and as of this week, you can listen to Spotify (NYSE:SPOT) in almost half of them. 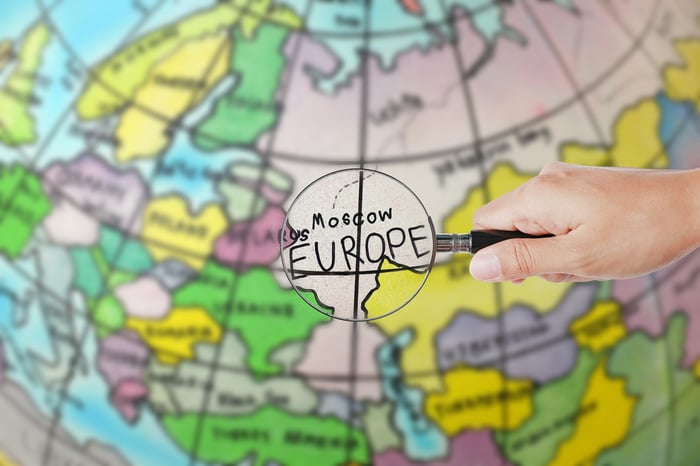 Russia is the highest profile country among the new additions. Facing ongoing economic sanctions by the U.S., Russia's economy contracted for three straight years from 2013 through 2016, before returning to growth through 2019. Like many countries, Russia's economy plunged along with the broader global economy when coronavirus struck earlier this year.

Spotify will now begin offering both free (to attract potential paying customers) and premium (i.e. paid-for) services in these new markets. This is a continuation of the company's goal of international diversification. Although the United States is currently Spotify's most lucrative market, producing $2.9 billion in revenue last year according to data from S&P Global Market Intelligence, markets outside the U.S. are already a much larger part of Spotify's business, producing revenues of $4.7 billion -- 62% of the total.

With this week's news, Spotify's global revenue is only going to grow.