Many companies have had to make massive shifts to their business models as times have changed. For Eastman Kodak (NYSE:KODK), the advent of digital cameras threatened to destroy its primary specialty, as many photo enthusiasts no longer needed or wanted the film Kodak was famous for. Kodak's shift toward embracing digital photography was only partially successful, and the company's 2012 bankruptcy filing wiped out shareholders.

Since then, Eastman Kodak has concentrated largely on corporate digital imaging. However, late last month, Kodak got a loan from the U.S. government to take its business in an entirely different direction.

The stock surged in response, as hopeful shareholders looked forward to seeing the next stage of Kodak's evolution. Yet in order to justify the recent stock gains, Kodak will have to move aggressively -- and three things, in particular, loom large in its near future. 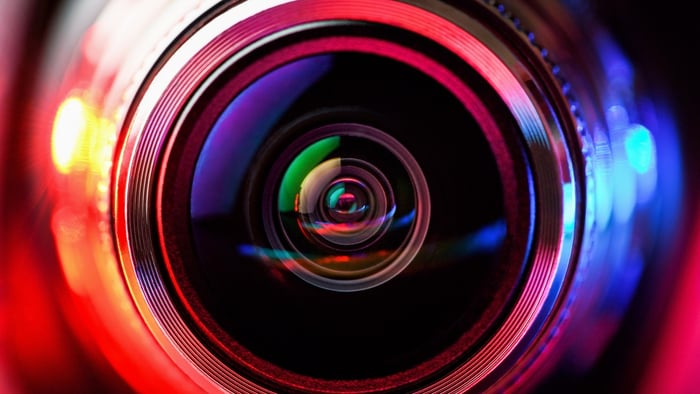 For all the hype that the federal government's support of Eastman Kodak has generated, the details are fairly sparse. Even Kodak's own website merely identifies the new Kodak Pharmaceuticals business unit's purpose as producing "critical pharmaceutical components that have been identified as essential but have lapsed into chronic national shortage."

The letter of intent from the U.S. International Development Finance Corporation refers to the $765 million loan, as well as the need to keep Americans safe during the COVID-19 pandemic. Yet it also notes that the letter of intent is only the first step, with "standard due diligence conducted by the agency before financing is formally committed."

Apart from photos of the signing ceremony, there's precious little available from Eastman Kodak about what the Kodak Pharmaceuticals division will look like or how long it'll take to ramp up to full production capacity. The lack of details suggest that the news might have come as a surprise even to Kodak itself, and that doesn't inspire a huge amount of confidence among investors. If becoming a pharmaceutical stock is truly Kodak's strategic plan to recover, the company needs to embrace it and stand behind it.

2. Kodak needs to clean up its capital structure

Even after emerging from bankruptcy protection in 2013, Kodak still had considerable debt on its balance sheet. The company did a good job of paying down its obligations in subsequent years, with the sale of its flexographic packaging division in early 2019 playing a key role.

However, current Kodak shareholders face a couple of challenges. First, the company issued $95 million in two-year convertible debt back in 2019, and the bondholders owning that debt told Kodak that they intended to exercise their conversion rights. That will lead to the delivery of almost 30 million shares of additional Kodak stock, diluting current shareholders. In addition, Kodak had $184 million in convertible preferred stock on its balance sheet as of its most recent quarterly report, and that represents a further risk of future dilution.

Once converted, these securities will no longer have any future impact on Kodak's common stock. The company's moving in that direction, and the faster it can get there, the better it'll be for bullish shareholders.

3. Kodak needs to get back into growth mode

More broadly, Eastman Kodak needs to reverse a troubling trend of shrinking sales. Revenue has fallen every single year dating back to the mid-2000s, and while the company has generally been able to break even, its profits are just a shadow of what they were during Kodak's heyday.

Whether that growth will come from its traditional commercial printing business or from other areas like entertainment, manufacturing, or publishing isn't terribly important. Kodak bulls need to see a success story somewhere that has the potential to boost revenue. Without that -- and soon -- the latest rally will peter out.

Don't take my Kodachrome away

Kodak shareholders are excited about the federal government's loan and curious which direction the company will move in the months and years ahead. But they won't be patient forever. Kodak needs to move strongly to take advantage of this lifeline before it, too, disappears.