A new court ruling that promises to reshape the movie-exhibition business has bolstered the stocks of top cinema operators. On Friday, a U.S. District Court in New York ruled that the government's Department of Justice (DOJ) may strike down a set of decrees prohibiting major film studios from owning movie theaters.

These so-called Paramount Consent Decrees stem from a 1948 Supreme Court decision mandating the ban on antitrust grounds over concerns that the major studios in existence then would dominate film exhibition, as well as production. Interestingly, as with the new case, that decision derived from a lawsuit brought by the DOJ. 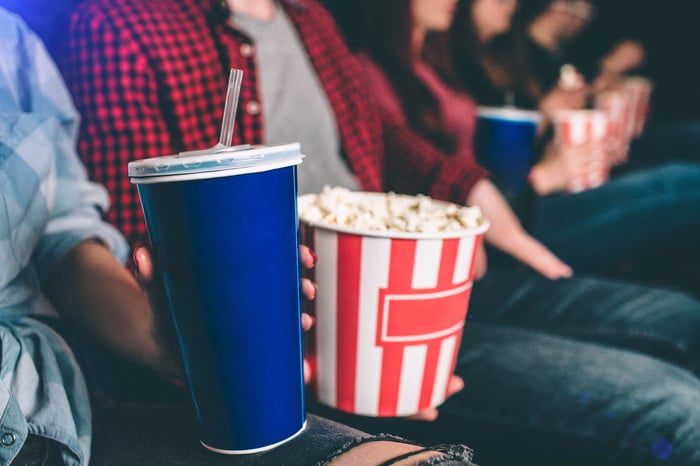 In her ruling, Judge Analisa Torres pointed out that first-run film exhibition is no longer restricted to cinemas. "None of the internet streaming companies -- Netflix, Amazon, Apple and others -- that produce and distribute movies are subject to the Decrees," she wrote. "Thus, the remaining Defendants are subject to legal constraints that do not apply to their competitors."

This opens movie theater operators to various types of collaboration with -- and of course, potential ownership by -- today's major studios, now that they'll no longer be constrained by the restrictions in the Decrees.

The optimism bolstering AMC, Cinemark, and their ilk didn't necessarily spill over into the shares of the current movie studio majors, however. Walt Disney fell marginally on the stock exchange Friday, while Warner Bros. parent AT&T crept only 0.6% higher.