Aspiring luxury electric vehicle (EV) maker Lucid Motors has announced that its Lucid Air sedan will have a record battery range of 517 miles per charge. Tesla (NASDAQ:TSLA) currently offers a maximum range of 402 miles for its Model S sedan. Lucid's CEO and chief technology officer, Peter Rawlinson, came from Tesla, where he was a chief engineer on the Model S development.

Lucid says that verification for the record estimated EPA range was performed with engineering services firm FEV North America. Lucid plans to unveil the final version of the Air on Sept. 9. Initial production, originally scheduled for late 2020 at its Arizona facility, has been pushed back to early next year due to the COVID-19 pandemic. 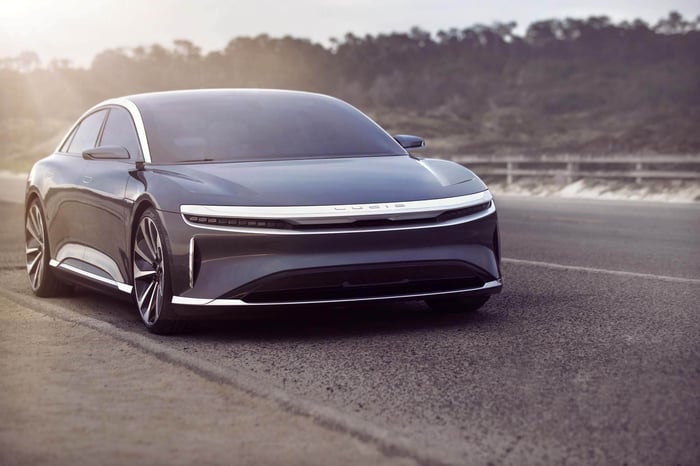 Lucid credits its in-house technology for the ability to achieve the EV record, saying that specifically "the expertise of Lucid's technology division, Atieva, played a large role, as it supplies battery packs for the entire field of the Formula E racing series since 2018."

In addition to the record range, Lucid said the Air will achieve acceleration of 0-60 mph in under 2.5 seconds. By comparison, the Tesla Model S accelerates from 0-60 mph in 2.3 seconds.