The bull market in stocks since March's lows has been extremely resilient, and the Nasdaq Composite (NASDAQINDEX:^COMP) in particular has found ways to bounce back from temporary setbacks. That was definitely the case on Wednesday, as Nasdaq indexes soared following a couple of days of severe underperformance. By 3:30 p.m. EDT, the Nasdaq-100 Index and the Composite were both up between 2% and 3%. That largely brought to an end the suggestion that the market was going through a longer-term sector rotation away from tech.

Tech stocks were big contributors to the Nasdaq's gains, especially in the semiconductor arena. However, Tesla (NASDAQ:TSLA) was the big winner as it made yet another unexpected move that investors found encouraging. 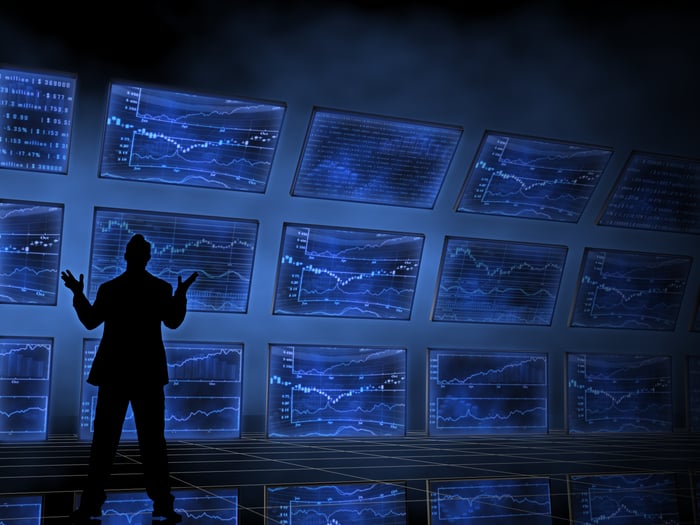 Another stock does the splits

Shares of Tesla soared more than 12% Wednesday. The company announced a surprise stock split, marking the first time in its 10-year history that Tesla has made such a move.

Tesla's stock will split 5-for-1 later this month. For each Tesla share a shareholder owns on Aug. 21, Tesla will distribute four additional shares as a stock dividend on Aug. 28. Starting on Aug. 31, Tesla's shares will begin trading to reflect the lower post-split price.

Theoretically, the split should have no impact on Tesla's market capitalization. With five times as many shares outstanding after the split, each share should be worth one-fifth its pre-split value. Yet investors often react positively to news of stock splits, with the assumption that they indicate confidence from a company in its continued growth.

Tesla has already seen amazing growth, and most investors expect its stock to get added to the S&P 500 Index in the near future. With its electric-vehicle business doing well from a fundamental perspective, Tesla has its shareholders feeling optimistic about the future.

Overall, semiconductor stocks  have been in a sharply positive phase of their business cycle, as demand for tech of all kinds has made its way through the supply chain. Between data centers for cloud computing, laptops and desktops for remote work, and a variety of components for mobile devices of all kinds, the entire industry has benefited from strong conditions.

Moreover, some company-specific news has helped. For AMD, new chip designs have taken advantage of 7-nanometer technology in a way that has finally let the company beat out archrival Intel (NASDAQ:INTC). Qualcomm's victory in an antitrust case on Tuesday also gave some positive sentiment for the stock, as it means the company won't have to figure out how to amend licensing agreements with key partners.

At some point, the business cycle in semiconductors will move lower again, as industry responses to boost capacity will lead to oversupply and plunging prices. For now, though, that's not an immediate threat. Investors will enjoy the good times as long as they last.