Fortnite developer Epic Games is challenging the revenue-sharing business models of leading mobile app stores. Both Apple (NASDAQ:AAPL) and Alphabet (NASDAQ:GOOG) (NASDAQ:GOOGL) take a 30% cut of in-app payments flowing through the Apple App Store and Google Play Store. Epic says that this slice is too large, and so it announced today that it is starting up its own payment service for Fortnite players.

The latest version of Fortnite on Android and iOS devices comes with a new payment option for the purchase of so-called V-Bucks and other in-game upgrades. Gamers can still choose to use the relevant app store's payment system at the same prices as before, or they can go with the new Epic direct-payment option at a 20% discount.

At the same time, purchases made on other platforms such as the PC, Xbox One, or PlayStation 4 versions of Fortnite simply come with an automatic 20% discount. Epic said that the new prices are here to stay, with one exception: "If Apple or Google lower their fees on payments in the future, Epic will pass along the savings to you."

To avoid protests from disgruntled players who just missed out on this attractive deal, Epic is also issuing a bonus of 20% in additional V-Bucks for purchases made in the last 30 days. The company is also sending out new V-Bucks cards to physical stores and e-commerce vendors, reflecting the lower prices seen in the Epic direct payment service. Redeeming previously purchased cards will trigger a 20% V-Bucks bonus. 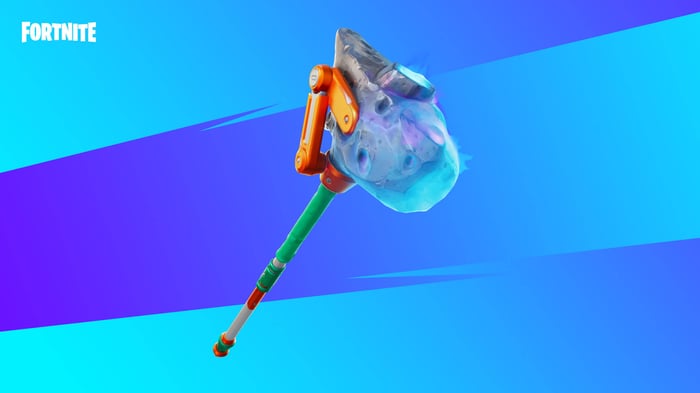 Oh, and the bonuses don't stop there. Every active Fortnite player also just received a Shooting Starstaff Pickaxe for free.

The company-specific payment service breaks the terms of service in mobile app stores. Apple has already reacted by kicking Fortnite out of the App Store. That's not the first time this happened, but will it be the last? Epic would like to start a game-changing conversation here, but the mobile platform companies are not playing ball yet.

Epic Games Brings a New Payment System to "Fortnite," and It Comes With a 20% Discount @themotleyfool #stocks $AAPL $GOOGL $GOOG Next Article
Current