Please ensure Javascript is enabled for purposes of website accessibility
Log In Help Join The Motley Fool
Free Article Join Over 1 Million Premium Members And Get More In-Depth Stock Guidance and Research
By Kyle Pare – Aug 13, 2020 at 8:16AM

You've learned the basics of investing. Take your investing to a graduate level by finding a great corporate leader to work for you.

As a savvy investor, you're constantly looking for the edge to push your returns ever higher. One of those edges that may be hard to find but can pay literal dividends is a company's leadership. Companies with great leaders who are the rare mix of humility and an unwavering commitment to excellence have been shown to generate above-market returns in the past. Here's some ideas on how to find that needle-in-a-haystack and stick with them for the long haul. 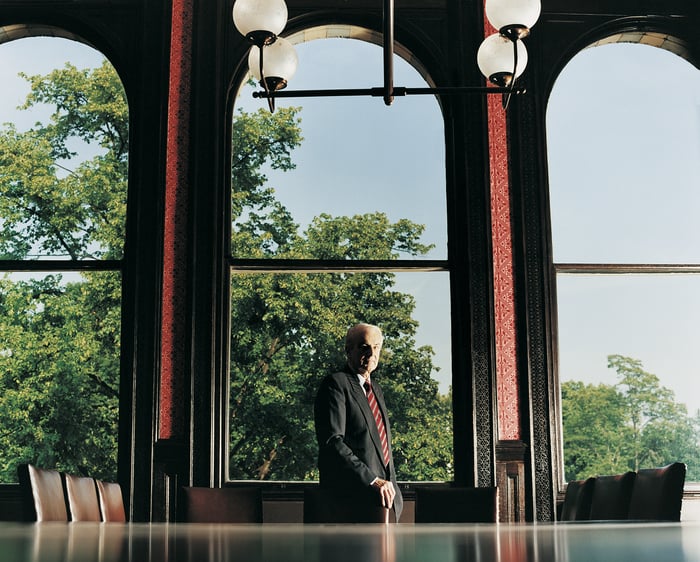 The Level 5 Leader-A Great Person to Invest In

In his book "Good to Great: Why Some Companies Make the Leap... and Others Don't," Jim Collins outlines 11 companies whose stocks significantly outperformed the rest of the market. While several of the companies he studied have since gone under (Circuit City anyone?), Collins introduced the idea of a Level 5 Leader as a common element among each company's atmospheric rise.

According to Collins, the Level 5 Leader is someone who doesn't have a massive ego but is remarkably humble. With that humility, however, comes an almost fanatical devotion to excellence and the professional drive to keep the company moving in that direction. They might not be the nicest or most personable, but they know how to improve a company, and they'll do it no matter how many people tell them they're wrong.

There's a strong correlation between above-market returns and having a Level 5 Leader at the helm, but not for short-term plays; you have to be invested for the long haul. According to Collins, Walgreens (WBA -0.24%) beat the market by 7.34 times from 1975-1990. What else did Walgreens have during this period of greatness? A Level 5 Leader in charge.

To find a potential Level 5 Leader today, look no further than Corie Barry, the CEO of Best Buy (BBY -1.41%). She's a driven individual who's displayed a penchant for excellence throughout her 20+ year career with the company, enabling her to quickly rise through the ranks. Since taking over in 2019, Best Buy has risen over 59% vs. the S&P 500's 17%. All that in a world where someone can come in, gets hands on with their wares, and find the same thing on Amazon for less money. That's pretty impressive.

It's easy to identify a good leader after they've stepped down. That doesn't do a savvy investor much good, though; we need to identify them now. It's admittedly hard to find a CEO who embodies humility and willpower when all you see are news snippets and data charts. Wouldn't it be great if there were some reliable qualities that might help you pick these CEOs out? Consider these traits that should make you sit up and take notice. 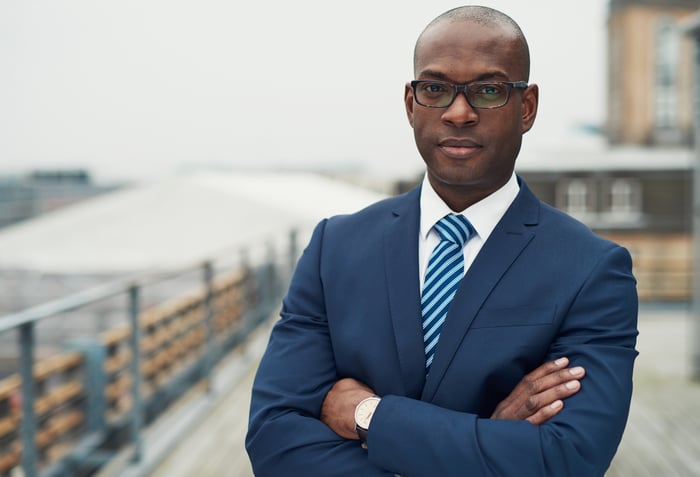 Picking out leaders like this is no easy task; as a result of their personalities, they don't get a lot of media coverage. Their larger-than-life counterparts elsewhere are the ones who get all the fanfare. This isn't to say these individuals won't ever show up in the news; they're just not celebrities. If you want to invest in leadership, it's the CEOs of which you've never heard, quietly making incremental steps toward excellence, that you'll want to target. A good example is Phebe Novakovic, the CEO of General Dynamics (GD 0.59%). She and her company are notoriously media-shy and she rarely speaks in public; in Novakovic's words, "performance speaks for itself". She's the exact opposite of a celebrity CEO in that regard, even though in 2018 she was listed as the 25th most powerful woman in business by Forbes.

Level 5 Leaders gather top performers around them, and their ambitions are for the company rather than for themselves. Your radar should be tripped if you see news about a CEO hiring people with proven track records in their fields. One of these types of hires might be normal; several in a short time might be a great leader building the beginnings of a legacy.

It's no secret that CEOs are rewarded well for all the responsibility they have. It's also no secret that a company with outsized corporate compensation packages should be a warning sign for investors. On the flip side, investors should get interested when a CEO's compensation is remarkably low for their position and for their performance. Those rare CEOs aren't in the job for the money, and they sacrifice those dollars for the betterment of the company and their subordinates. Warren Buffet, CEO of Berkshire Hathaway (BRK.A 0.35%), is famous for having a low compensation as CEO of one of the most valuable companies on the planet -- he takes a $100,000 salary annually. He ties his net worth to his own performance so he's got skin in the game. That should say something to a good investor.

Get One of These People to Work for You

You're entrusting your future wealth to these leaders. CEOs work for their shareholders, so think of yourself as doing a job interview. Except, you probably won't meet this CEO, and they're definitely not handing you a nicely packaged resume to skim. Instead, you'll have to comb through press releases, news articles, and the internet to learn about them. If you're able to find a Level 5 Leader, though, make the investment. Get them working for you.