Please ensure Javascript is enabled for purposes of website accessibility
Log In Help Join The Motley Fool
Free Article Join Over 1 Million Premium Members And Get More In-Depth Stock Guidance and Research
By Will Healy - Aug 16, 2020 at 7:15AM

These have the highest analyst ratings among Robinhood's 100 most popular stocks.

Robinhood, a free app offering commission-free trading of stocks, options, and more, has attracted a lot of attention in recent months. Many investors who use it seem drawn to specific names, and they're not necessarily stocks that receive a lot of coverage.

Among Robinhood's 100 most popular stocks, the highest-rated according to Wall Street analysts are Catalyst Pharmaceuticals (CPRX 3.96%), Corbus Pharmaceuticals (CRBP -2.91%), and Alibaba (BABA -0.10%). Although most investors recognize e-commerce giant Alibaba as a sort of Amazon equivalent primarily operating in China, the two pharmaceutical stocks remain largely unknown. And while all hold potential for massive shareholder gains, they also face dangers investors may have ignored.

Catalyst Pharmaceuticals has committed itself to developing "novel, safe, and efficacious therapies" designed to improve the lives of those with rare or ultra-rare conditions.

At a 100% buy rating among the six analysts following it, Catalyst is at the top of the list. It maintains a market cap of about $350 million. With its forward price-to-earnings (P/E) ratio of about 8.8, it is also both profitable and affordable. Investors are likely hoping for outsized gains after a discovery puts the company on the map. 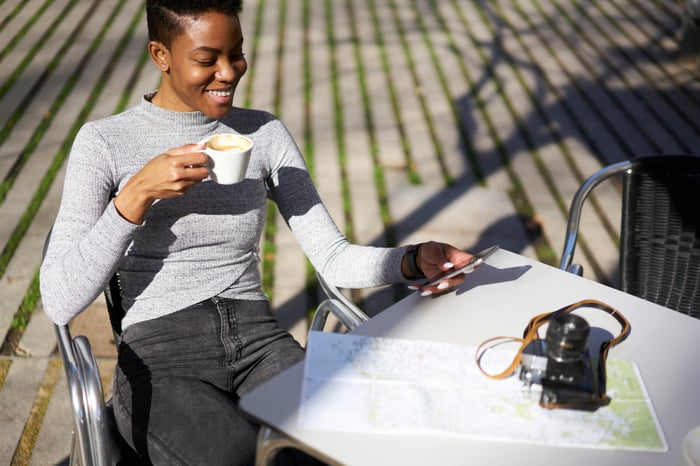 However, the stock may hold more risk than the analyst rating might indicate. For now, it owns only one approved drug, Firdapse. Firdapse gained approval for the treatment of a rare autoimmune disease known as Lambert-Eaton myasthenic syndrome in 2018. This is a condition where the immune system attacks the areas where nerves and muscles connect.

While an approval is always good news (and Firdapse sales are the reason the company is profitable), the stock has not yet returned to its pre-pandemic high of $7.67 per share.

More recently, Firdapse did not meet primary endpoints in a trial for muscle-specific kinase myasthenia gravis, a disease where the communication between nerves and muscles is destroyed by antibodies.

Both failures sent the stock reeling. It currently trades at about $3.40 per share. 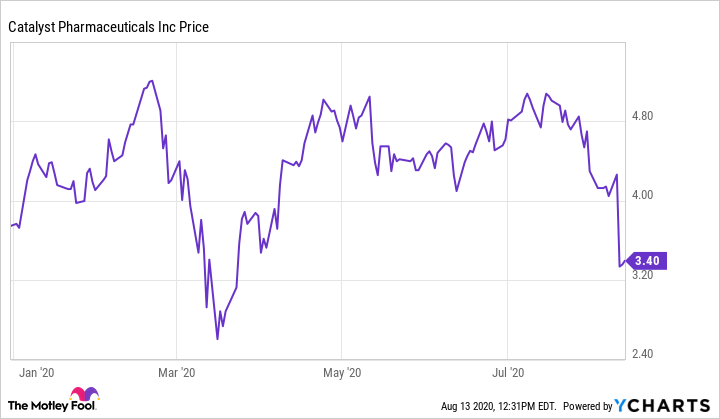 Investors may have put too much hope into Firdapse. Until it sees further success or the company develops new therapies, Robinhood investors may want to stay away.

Corbus describes itself as a phase 3 clinical-stage pharmaceutical company. Its lead product is lenabasum, an oral cannabinoid designed to treat chronic inflammation and limit fibrosis.

Corbus has also earned a 100% analyst buy rating among the seven analysts following it. For now, the company generates revenue from awards and licenses. With less than $300,000 in revenue in the most recent quarter, the company relies heavily on measures to raise capital. Corbus still draws investor interest, however, and has gained a market cap of about $580 million. At just over $7 per share, it trades near its pre-pandemic levels. 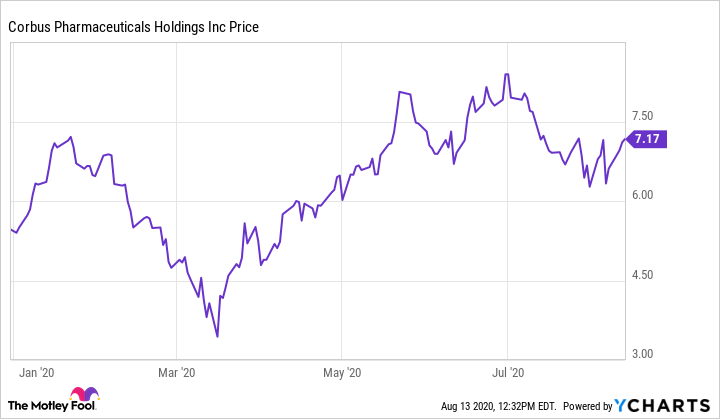 Since lenabasum has not received U.S. Food and Drug Administration (FDA) approval, Corbus stock remains risky. Nonetheless, lenabasum is going through clinical trials for several conditions, including systemic sclerosis (SSc), cystic fibrosis, dermatomyositis, and lupus. These are diseases where a gene, or possibly the immune system itself, attacks parts of the body.

The second half of the year will bring phase 3 trials for SSc and phase 2b trials for cystic fibrosis. Assuming the SSc trials succeed, lenabasum could gain FDA approval for treating that condition in 2021.

Still, for all of its potential, buying Corbus stock looks like an all-in bet on lenabasum. If the drug gets FDA approval, Corbus stock could go much higher. And if it fails, the company's future could turn bleak with no other obvious revenue sources.

Most American investors have at least heard of Alibaba. Like Amazon, it offers cloud computing, digital media services, and some entertainment products while deriving most of its revenue from e-commerce.

In the most recent quarter alone, revenue of more than 114.3 billion yuan ($16.5 billion) was a 22% increase from year-ago levels. The rising incomes of China's population of nearly 1.4 billion also help drive the company's growth. Alibaba is up about 16% year to date. 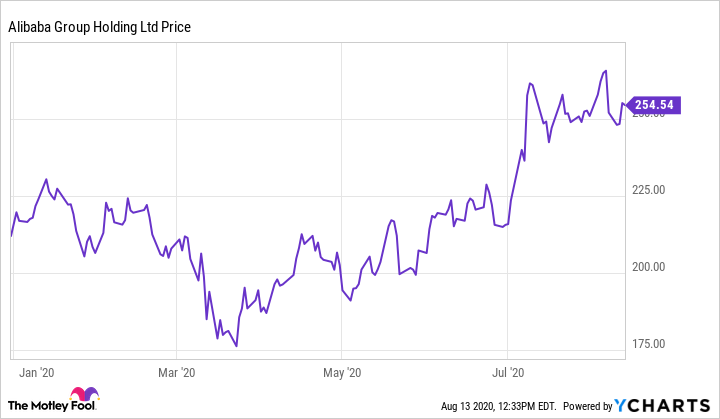 Still, though it holds a 98% buy rating among analysts, Alibaba stock suffers due to a significant geopolitical discount. While the forward P/E ratio of just over 29 is not low, it remains well under Amazon's forward multiple of about 106. Since analysts expect about 2.5 times more profit growth for the year for Amazon, this would point to a lower relative valuation for Alibaba.

Political turmoil in Hong Kong and tense U.S.-China relations over the past few years probably contribute to this discount. Moreover, investors need to remember that Alibaba stock is not stock in Alibaba. Due to Chinese foreign ownership restrictions, Alibaba stock is ownership of a Cayman Islands-based variable interest entity (VIE). It holds a controlling interest in Alibaba, but not one based on majority voting rights.

Legal experts do not expect VIEs to collapse. However, some feel "queasy" about their legal structure. One has to wonder how the deterioration of U.S.-China relations could effect Alibaba's relationship with its VIE.

Thus, while Alibaba holds tremendous potential, the fragile state of U.S.-China relations could have a negative effect on this stock.