The S&P 500 joined the Nasdaq at all-time highs.

It's been a long time coming, but the S&P 500 (^GSPC -2.64%) finally managed to hit a new record high, joining the Nasdaq Composite. That officially brought the coronavirus bear market to an end in many investors' eyes, even though the Dow Jones Industrial Average (^DJI -2.12%) is still a bit below its past peak. Indeed, the Dow actually gave up ground, as did small-cap indexes. That showed the continuing tension within the stock market between winners and losers from COVID-19 and other key factors.

Retail stocks took a sizable hit on Tuesday, failing to keep up with the broader market. Moreover, drugmaker Teva Pharmaceutical Industries (TEVA -2.51%) took a tumble as investors questioned whether the company will end up being liable for allegations of wrongdoing.

The coronavirus pandemic has hit retail stocks hard, and it's not as though the industry was all that strong before the virus came. Even the better performers face new challenges, and weaker players could have a lot of trouble surviving in the long run. 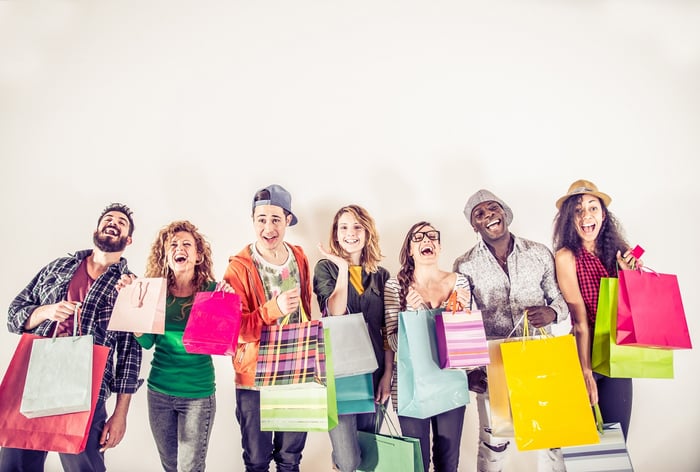 The weakest link in retail today was Kohl's (KSS -5.10%), which dropped almost 15% after releasing second-quarter financial results. Store closures sent revenue plunging 23% from year-ago levels, and the company reversed a year-earlier profit with a loss. The only silver lining was that the declines weren't as sharp as many had feared. Yet with cost-cutting measures that included holding off on inventory replenishments, it could be a while before Kohl's gets back up to speed.

Even at the top of the retail food chain, stocks performed poorly. Many saw results from Walmart (WMT -0.82%) and Home Depot (HD -2.46%) as positive from a fundamental standpoint, but both saw their share prices lose ground.

Retail's digital transformation has accelerated dramatically, and success is measured by how quickly companies can adapt. Those that can't are likely to follow their peers that have already sought bankruptcy protection for more dramatic reorganizations.

A new controversy for Teva

Elsewhere, Teva Pharmaceutical Industries saw its stock drop 10%. The drug company is the subject of litigation that could prove problematic.

The U.S. Department of Justice filed a lawsuit against Teva in federal court on Tuesday. The allegations include claims that Teva made payments of hundreds of millions of dollars to charitable foundations in an attempt to circumvent legislative efforts to keep drug prices under control. Teva had dramatically increased the price of its key Copaxone treatment for multiple sclerosis, and the Justice Department seems to be characterizing the payments as illegal kickbacks.

Teva is already a high-profile participant in litigation regarding the opioid crisis, and is facing a lawsuit for its handling of generic drug prices as well. Meanwhile, other drugmakers are getting scrutiny for their relationships with charitable entities designed to help patients afford their medications.

Teva's stock has performed terribly in recent years. The latest blow won't restore any confidence that the drugmaker can bounce back anytime soon.