Heightened consumer demand prompted by the coronavirus pandemic has helped Amazon stock climb more than 75% in 2020. These same conditions have also helped propel e-commerce software provider Shopify's (NYSE:SHOP) stock up roughly 150% on the year. The ProShares Online Retail ETF (NYSEMKT: ONLN), which bundles 26 different e-commerce companies and paints a picture of overall performance for the sector, is crushing the broader S&P 500 index. 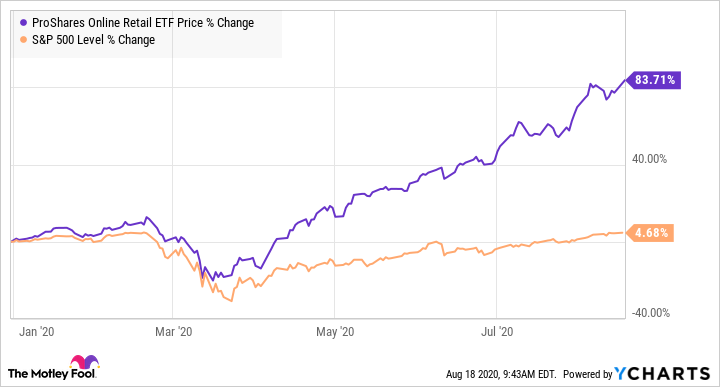 Tailwinds for online retail will likely extend long after coronavirus-driven catalysts recede, and the industry has emerged as a great place to look for stocks that offer both growth potential and defensive characteristics. Within that mold, Baozun (NASDAQ:BZUN) and StoneCo (NASDAQ:STNE) are two companies in the e-commerce space that look poised for big winning streaks. Let's take a closer look at these two e-commerce stocks.

Baozun is often referred to as "the Shopify of China" because both companies provide website-creation tools and support services to help launch and scale online retail operations. Like Shopify, Baozun stock has huge potential and is a top name to watch in the e-commerce space, although there are some key differences between the companies.

While Shopify started out focused on providing service to small businesses and has since grown its customer base among large enterprises, Baozun's core customer base consists of major Western brands looking to thrive in China's online retail market. The Chinese e-commerce company counts large brands including Nike, Microsoft, Adidas, and Tapestry-owned Coach among its clients, and the business is on track for continued growth as more large Western brands join its platform and expand their operations. 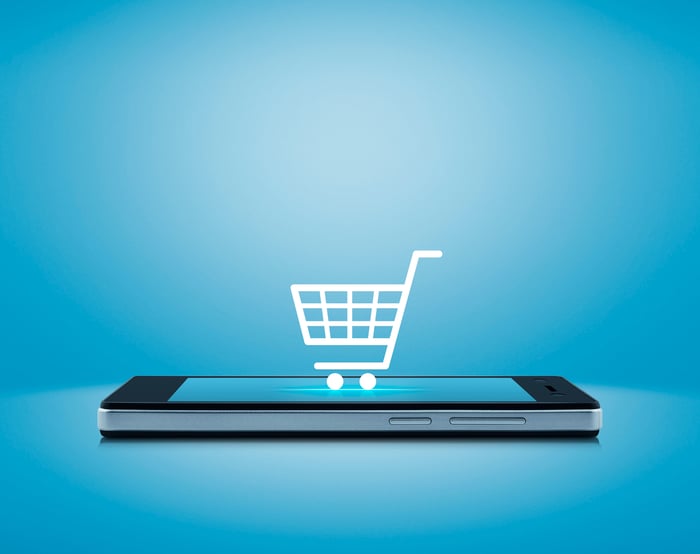 Baozun generates revenue from subscription service packages and by taking a cut of sales conducted through its platform. Helping major Western brands build online-retail businesses in China is an attractive niche, but it's not the company's only opportunity for growth. The e-commerce services provider is starting to focus on adding more Chinese brands to its customer base, and sales and earnings could soar if Baozun can establish itself as a top platform for small and medium enterprises in the country.

China's economy looks poised for strong growth in coming decades, with hundreds of millions of people potentially entering the country's middle class and powering rapid growth in consumer spending. Research from eMarketer estimates that the Chinese online retail market grew 27% last year to come in at $1.94 trillion and account for roughly 55% of total global e-commerce spending.

Baozun is already consistently profitable, and its expertise with locally tailored e-commerce software and its opportunities with both large foreign brands and domestic businesses point to big growth potential. The company looks cheaply valued at roughly $2.7 billion and trading at roughly 33 times this year's expected earnings.

StoneCo doesn't operate its own online retail store like Amazon, and it doesn't provide store-creation services like Baozun or Shopify. But the Brazil-based company has a long runway for growth and stands out as a top way to invest in Latin America's e-commerce industry.

E-commerce is still at an early growth stage in most Latin American countries, but a surge for online retail will spur demand for digital payments services and other offerings in StoneCo's wheelhouse. To put that opportunity in perspective, consider that e-commerce accounted for less than 5% of total retail sales in Brazil last year, and the share is even smaller in many other Latin American countries.

Online retail in Latin America is poised for dramatic expansion in the coming decades, and that should be a huge catalyst for StoneCo. Conditions created by the coronavirus have already boosted adoption for e-commerce and digital payments services, and these categories are poised for dramatic long-term growth in the territory.

StoneCo has a market capitalization of roughly $13.75 billion and trades at about 87.5 times this year's expected earnings. That valuation already prices in strong business performance, but the company is consistently profitable, and it still has plenty of room for growth as it brings more merchant partners into its ecosystem and benefits as they build their businesses.