Please ensure Javascript is enabled for purposes of website accessibility
Log In Help Join The Motley Fool
Free Article Join Over 1 Million Premium Members And Get More In-Depth Stock Guidance and Research
By Jim Halley – Aug 19, 2020 at 8:05AM

Pharmaceutical stocks are popular with Robinhood Investors, including three I would stay away from and one that I wouldn't.

Robinhood investors apparently like pharmaceutical stocks, but a quick perusal of some of their favorites bring up three awful choices and one that might just turn out to be a good one.

Buying stocks that are popular with a certain group of investors isn't inherently a bad idea, but it makes sense to break down each stock separately to see whether it's a good investment for you and your acceptable level of risk. 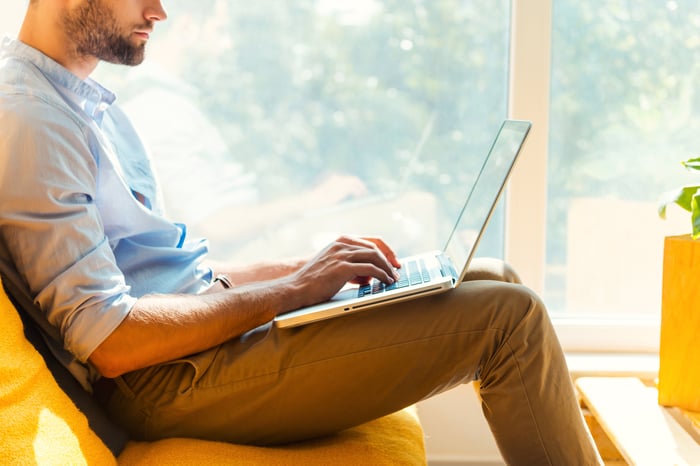 Catalyst Pharmaceuticals is at the top of the charts

It's easy to see what Robinhood investors like in Catalyst Pharmaceuticals (CPRX 2.42%) -- the biotech stock is inexpensive with a lot of upside. In the first half of the year, the company reported $58.7 million in net revenue, compared with $41.2 million in the same period in 2019, and $20.2 million in net income, almost twice as much as it reported over the first six months of 2019. As of this week, the pharmaceutical company was the No. 1 stock in the Robinhood Top 100.

However, there's a reason the stock is down more than 7% year to date and more than 39% over the past year, even though it began turning a profit last year: It's still a one-trick pony.

The company has been able to get FDA approval for one drug, Firdapse (amifampridine phosphate), and for only one application -- Lambert-Eaton myasthenic syndrome (LEMS), a rare autoimmune disease that damages nerve endings and can cause muscle weakness and fatigue. The company has tried to expand Firdapse's use but said a phase 3 study of the drug as a treatment for MuSK (muscle -pecific kinase) antibody positive myasthenia gravis, a long-term neuromuscular disease, did not show sufficient efficacy.

On top of that, Catalyst is fighting what may be a losing battle when it comes to Firdapse. In May 2019, the FDA gave approval to to Jacobus Pharmaceutical's Ruzurgi, a version of amifampridine approved for children ages 6 to 17. Jacobus is charging roughly $80 a tablet for Ruzurgi, less than half of what Catalyst charges for Firdapse, and the concern on Catalyst's part is that doctors will prescribe the drug off-label to adults to save costs. Catalyst sued the FDA, saying the agency's approval of Ruzurgi undercut Firdapse's orphan drug status, but on July 31, a magistrate judge recommended to a district judge that the FDA and Jacobus' motions for summary judgement be granted.

Until Catalyst can have success with a drug other than Firdapse, its revenue will be limited, because fewer than 3 people per million worldwide have LEMS, according to the National Organization of Rare Disorders.

Corbus Pharmaceuticals Holdings (CRBP 1.88%) is nearly as popular as Catalyst with Robinhood investors, reaching No. 2 on the Top 100 list. The company concentrates on drugs that affect the endocannabinoid system, which regulates inflammation and fibrosis (scarring). The company's share price is up more than 30% year to date, but it's hardly a slam-dunk purchase.

Corbus' lead drug, Lenabasum, is in two phase 3 trials and two phase 2b trials, mostly against autoimmune diseases. The first phase 3 trial is to treat scleroderma, a type of chronic inflammation. Lenabasum turns off signals in cells that cause inflammation without suppressing the immune system. The other phase 3 trial is as a therapy for dermatomyositis, a rare systemic autoimmune disease that causes inflammation in the muscles, the skin, and other organs. One of Lenabasum's phase 2b trials is regarding its use against cystic fibrosis, an inherited disease that causes damage to the lungs, digestive system, and other organs; the other is for lupus, a disease where the body's immune system attacks its organs and tissues.

In the second quarter, the company reported a loss of $38.1 million, down from the $2.2 million in net income it had in the same quarter in 2019. That's not surprising, as the company's costs have increased as it steps up its clinical studies.

While Corbus has a few other drugs in its pipeline, a lot is riding on the success of Lenabasum, and obviously, this makes the stock a risky play. The company said it has $101 million in cash, enough to last it through the third quarter next year.

TherapeuticsMD may or may not be worth every penny

One reason TherapeuticsMD (TXMD -7.53%) is on the Robinhood Top 100 is that it was selling for roughly $1.73 per share as of Monday. The thinking is that the stock has nowhere to go but up. For the year, it's down more than 39%, though it has risen more than 45% over the past three months.

Of course, there's another possible outcome. TherapeuticsMD, which has yet to make a profit, could fall enough that it would be de-listed from the Nasdaq, and that would impact its ability to raise money.

The company, which specializes in women's health therapies, has four revenue streams: prescription vitamins; Imvexxy, an estrogen vaginal insert; Bijuva, which debuted last summer and is used to reduce hot flashes in menopausal women; and birth-control ring Annovera, which began sales in the third quarter of 2019.

As if the financials didn't give investors enough red flags, the SEC slapped the company with a $400,000 fine for violating disclosure rules last summer.

Moderna has been on an incredible ride

Moderna (MRNA 2.32%) is down more than 12% over the past three months, but year to date, it's up more than 256%, due in no small part to its popularity among Robinhood investors. It's No. 19 on the company's Top 100 list. A lot of the optimism surrounding the company is related to its coronavirus vaccine candidate, mRNA-1273, which is in a phase 3 trial after a phase 1 trial produced neutralizing antibodies.

Unlike the three previous Robinhood favorites, Moderna has a lot more cash ($3.1 billion in cash and cash equivalents and $1.26 billion in investments) and a lot more potential in its pipeline, including vaccines in phase 2 trials to treat melanoma and cytomegalovirus (CMV), a virus related to herpes that is quite common. Still, like Catalyst and Corbus, Moderna is a gamble. If the mRNA-1273 coronavirus vaccine fails its phase 3 trial, the stock, already driven high, will likely plummet. However, as gambles go, this one is more worthy of the risk. If Moderna's vaccine does well, the company will have plenty of money to develop and market the rest of its pipeline.