Please ensure Javascript is enabled for purposes of website accessibility
Log In Help Join The Motley Fool
Free Article Join Over 1 Million Premium Members And Get More In-Depth Stock Guidance and Research
By Matthew DiLallo – Aug 24, 2020 at 11:22AM

The deal values the interest at $7 billion.

Brookfield Asset Management (BAM 0.42%) has agreed to acquire an interest in liquefied natural gas (LNG) producer Cheniere Energy Partners (CQP 2.30%) from private equity giant Blackstone Group (BX), according to a report by Bloomberg. The deal price of $34.25 per unit (slightly below its current price of $38.67 a unit) values Blackstone's 41% interest in Cheniere at roughly $7 billion. 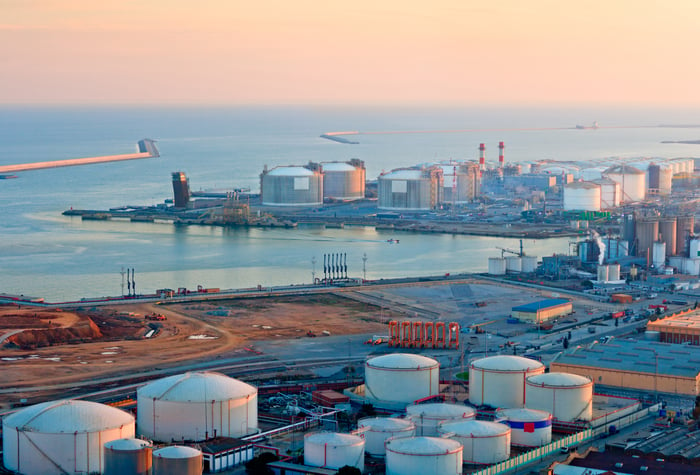 Blackstone Group initially made a $1.5 billion investment in Cheniere Energy Partners in 2012. That helped the company finance the development of the Sabine Pass LNG terminal, which started exporting LNG in 2016. The facility currently sells more than 85% of the LNG it produces under 20-year contracts with global LNG traders and utilities. Those agreements generate more than $3.3 billion in fee-based income.

For Brookfield, this investment is its second purchase of a stake in an LNG export facility in the past year, as it also bought a 25% interest in Cove Point LNG from Dominion (D -2.74%) last October. The main attraction of these assets is the stable contractually secured cash flow from the production of a cleaner-burning fossil fuel.