Ford Motor Company (NYSE:F) is moving ahead with plans to build an electric version of its huge-selling F-150 pickup. The company is constructing a new facility to build the electric pickup next to an existing factory in Dearborn, Michigan, Bloomberg reports Monday.

Ford had previously confirmed plans to launch an electric F-150 by mid-2022. The company showed off a prototype in a video released last year, in which the electric truck towed a long line of railcars in a visual response to Tesla (NASDAQ:TSLA) CEO Elon Musk's Twitter claims about his company's upcoming Cybertruck.

Ford will begin producing prototype versions of the electric F-150 at the new Dearborn facility next year, possibly as early as spring, Bloomberg reports. Full production is expected to begin in the second or third quarter of 2022. The facility will employ about 300 new workers, according to the report. 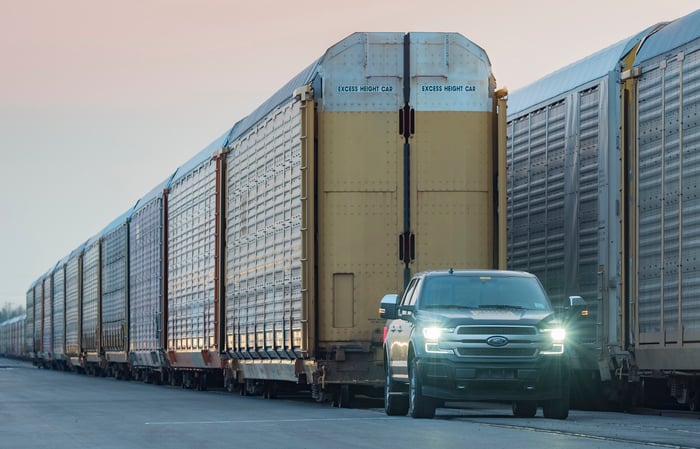 Ford hasn't yet said how many electric pickups it expects to build. The location of the new facility, adjacent to Ford's high-volume Dearborn Truck Plant, suggests that it may be used to assemble components of the electric trucks, rather than complete vehicles.

Ford's electric F-150 is expected to be a cornerstone of a new line of battery-powered models from the Dearborn-based automaker. Ford has said that it will add at least 16 new electric vehicles to its global portfolio over the next two to three years, starting with the Mustang Mach E performance SUV later this year.