Shares of Amgen (NASDAQ:AMGN) were vaulting 5.9% higher as of 3:21 p.m. EDT on Tuesday. The nice jump came after the announcement that the stock would be added to the Dow Jones Industrial Average, replacing Pfizer.

There are two main reasons why investors cheered today's news for Amgen. One was more symbolic, while the other was quite practical. 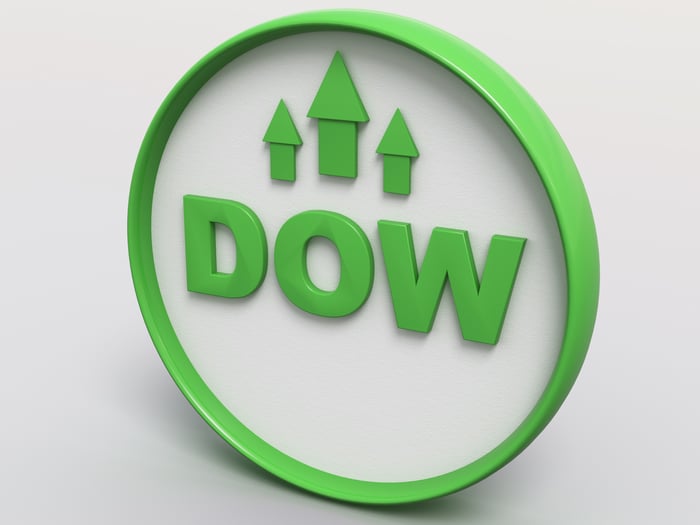 The addition of Amgen to the Dow Jones index was symbolically a significant kudo for the company. Amgen will become the first biotech stock to ever be included in the prestigious index. Becoming part of the Dow Jones Industrial Average reflects Amgen's accomplishments in establishing itself as a major player in the healthcare sector.

There's also a practical and tangible benefit from Amgen's inclusion in the Dow. Several mutual funds and exchange-traded funds (ETFs) track the Dow Jones Industrial Average. These funds will buy shares of Amgen, potentially driving the stock higher in the process.

Amgen won't officially become part of the Dow Jones index until Aug. 31, 2020. While the stock's addition to the index will provide a temporary boost, the more important thing to focus on will continue to be Amgen's pipeline progress. The biotech expects to announce key results from late-stage studies for two candidates later this year, tezepelumab in treating asthma and omecamtiv mecarbil in treating heart failure.