There was one clear reason for the queasy drop: loan-loss provisioning.

According to a report issued by the Federal Deposit Insurance Corporation (FDIC) on Tuesday, in Q2 the nation's lenders collectively experienced a 70% year-over-year drop in net profit to $18.8 billion.

Up until this year, recent banking industry net profits had stayed relatively steady. From Q2 2018 to the final quarter of last year, they tended to hover around the $60 billion mark.

In Q1 and Q2 of 2020, the main reason for the steep fall in profitability is clear: loan-loss provisioning. Banks routinely allocate capital to hedge against potential loan defaults. Before the coronavirus pandemic, that provisioning was comparatively modest, particularly given the long-tail rise of the economy. But once the pandemic hit and businesses started to close, fears of widespread defaults rose dramatically. 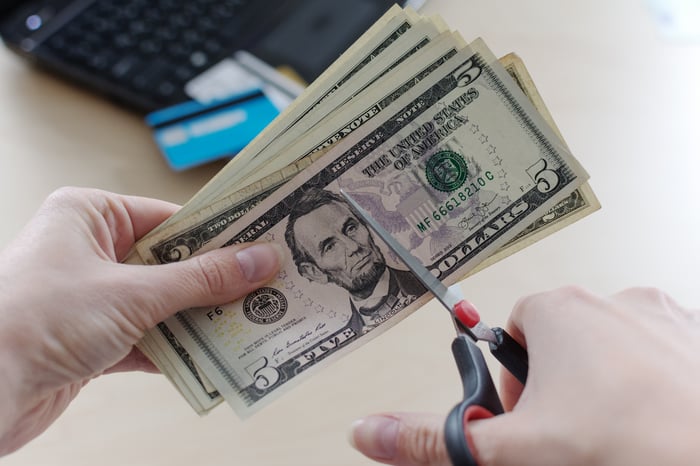 Loan-loss provisioning is a line item that directly affects profitability, hence the sudden and sharp erosion of bottom-line results. According to the FDIC's data, in Q2 American banks increased such provisioning by a massive 380%, to nearly $62 billion.

Almost every major U.S. bank has experienced that higher provisioning/lower profitability dynamic since the onset of the pandemic. Collectively, the big four in the sector -- Bank of America, JPMorgan Chase, Citigroup, and Wells Fargo -- added $57 billion for loan-loss provisioning in the first six months of this year.

Fortunately for the major banks, the capital markets have been very active throughout the pandemic, with trading volumes helping cushion the blows to top and bottom lines. For example, the $7.3 billion JPMorgan Chase reaped in Q2 from fixed-income trading alone helped propel it to its all-time highest quarterly revenue figure ($33.8 billion), and to a net profit of almost $4.7 billion.