Please ensure Javascript is enabled for purposes of website accessibility
Log In Help Join The Motley Fool
Free Article Join Over 1 Million Premium Members And Get More In-Depth Stock Guidance and Research
By Maurie Backman – Aug 26, 2020 at 6:36AM

It's time for some encouraging news for a change.

The COVID-19 crisis has certainly done a number on the U.S. economy, plunging it deep into recession territory. Many people worry that things will stay dire well into 2021, and possibly even beyond.

But a recent Willis Towers Watson survey reveals that things may not be as bleak as we believe. The reason? Most U.S. companies say they plan to give employees pay raises and annual bonuses next year in spite of the ongoing pandemic. Specifically, 93% of companies expect to increase salaries in 2021, while 76% plan to award annual performance bonuses.

Furthermore, companies are anticipating an average salary increase of 2.8% in 2021. That's mostly consistent with what cost-of-living raises have looked like in recent years (they've generally hovered around 3%). 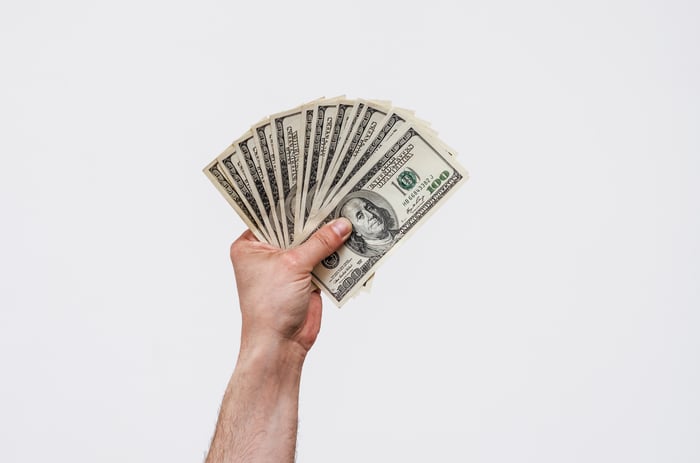 All of this is very good news with regard to our country's economic picture. At a time when so many businesses are cutting corners, it's encouraging to hear that workers may be in line for more money come 2021. Still, it doesn't change the fact that many people are struggling right now and desperately need relief.

Thankfully, July's jobless rate is an improvement from earlier in the year, when national unemployment crept all the way up to 14.7%. Still, double-digit unemployment is still dangerously high, especially when lawmakers seem to be stalling on COVID-19 relief.

President Trump signed an executive order calling for a $400 weekly federal boost to unemployment in the near term, with $100 of that to be supplied by states. However, the Department of Labor later ruled that states are not required to pay the extra $100, so many Americans are instead getting $300. Plus, not every state has been approved to get the federal funding, and jobless workers collecting less than $100 in weekly benefit won't be eligible for it.

But while the unemployed clearly need assistance, we can't forget that many working Americans are struggling, too. A lot of people have seen their hours and income reduced in the course of the pandemic, and many families are grappling with added expenses, like child care, in the wake of school closures and inconsistent reopening schedules.

For these families, boosted unemployment may not help, but a second stimulus check could. Unfortunately, lawmakers haven't managed to come to terms on a second bill that would allow for those payments to go out, and so for now, a lot of working people are left out in the cold.

A reason to be positive

The fact that many workers should be in line for a raise come 2021 is positive news. Even more encouraging is that the healthcare and retail industries, which have been hit hard during the pandemic, are projecting salary increases next year to the tune of 2.6% and 2.8%, respectively. The fact that most companies plan to give out raises means they expect to be in a strong enough financial position to do so. While that doesn't detract from the need for a second stimulus bill, it does give workers something to look forward to.