Will the split come with big benefits for stockholders?

Apple (AAPL -2.63%) and Tesla (TSLA 0.03%) have a lot in common. Both companies are innovators that have manufactured demand for their revolutionary products, and both have strong brand cachet and a loyal band of devoted followers. They also both come with high share prices, largely because of these things.

The tech giants also have something else in common: Both announced stock splits this month that will substantially lower the cost of company shares. Apple's 4-for-1 split should bring the price down from around the $500 a share mark to closer to $125. Tesla's 5-for-1 split means you could pay somewhere around $420 per share instead of the $2,100 it's currently trading at (depending on prices when the splits happen).

There's a strong argument to be made that these splits don't really matter (I know, because I made it). But there are also two big reasons to believe they will actually be a boon to investors. Here's why. 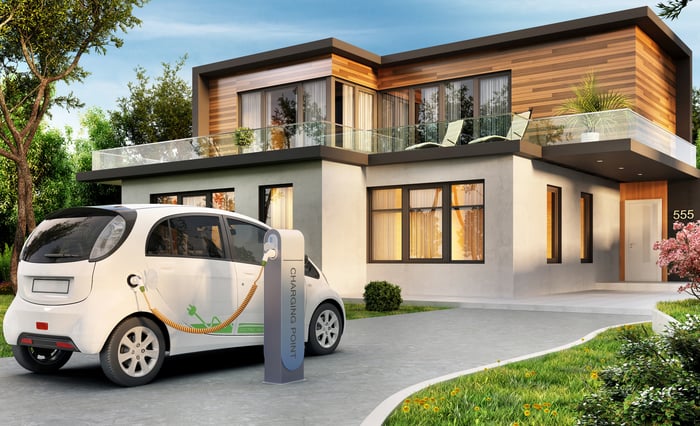 1. Increased demand for shares could drive up the price

First things first -- a stock split does not change the value of shares of Apple, Tesla, or any other company. Stock splits do not affect how much a share is worth, nor do they affect a company's market capitalization. When a split occurs, there are simply more shares outstanding, each with a proportionally lower price tag. After all, splitting a $100 stock so you end up with five $20 shares is absolutely no different than taking a $100 bill and splitting it into five $20 bills.

But stock splits do mean individual shares cost less to buy. Historically, this has been the driving force behind most company decisions to split their stocks. When a stock costs $125 instead of $500, more people can afford to buy a share. This can lead to increased demand, which in turn can drive the stock price up even though the value of the company hasn't actually changed.

Theoretically, this shouldn't be an issue anymore because a growing number of investors now have access to fractional shares. These are what they sound like -- fractions of a share available to people who don't have the money to buy full ones. However, while more brokers currently offer fractional shares, not all do. And some that do won't permit you to place limit orders for them, which makes it harder to buy at your desired price.

A typical investor probably isn't going to switch brokerages just to gain access to fractional shares, so a split can still make the stock more accessible. Plus, not everyone who is potentially interested in buying a share of Apple or Tesla is even aware of the ability to buy fractional shares. For casual investors who want to buy a few shares, a quick look at an expensive per-share price might deter them before they discover this as an option. That can be an especially big problem with companies like these that are household names.

As fractional shares become more widely available and more familiar to investors, this benefit of a stock split will become less and less important. But, for now, the fact remains that there likely will be a surge in demand for these stocks when their price per share goes down after the split.

When investors pick stocks, they should do their research to assess whether the share price is worth paying. After all, a stock with a high per-share price tag is a bargain if it's got strong growth potential, while one trading for just a few dollars is overpriced if the company is in trouble and its price per share falls quickly.

But most investors aren't 100% rational, and far too many retail investors often judge whether a stock is "expensive" based on the price of a share. In fact, a look at investing service platform Robinhood's most popular stocks shows that many of the platform's investors (who are often younger and less experienced) are flocking either to well-known tech stocks or to stocks trading at $10 per share or less. A lot of these companies with sub-$10 share prices aren't great ones, but inexperienced investors may look upon them as bargains solely because they don't cost a lot to buy.

For the many investors seeking out "cheap" offerings, a high share price may deter them from buying a stock trading for hundreds or thousands of dollars -- even if they can buy fractional shares for just a few dollars. It just seems expensive, if they confuse price for value.

And for the many "irrational" investors out there, owning a fractional share often just doesn't seem as attractive as owning a full share -- even though in reality there's no difference and they'll make the same potential gains either way. In other words, the fact that people could afford to buy only a 0.25 share of, say, Apple, may be enough to convince them not to buy in at all, whereas they'd be happy to pay $125 for one full share.

Of course, no one wants to think of themselves as an irrational investor. But the fact is, a great many people's subconscious biases do shape their financial decisions all the time -- sometimes to their detriment. Companies know this and are aware that, by lowering their share price, they'll look like a better option to investors, even if absolutely nothing has changed.

So, do Apple's and Tesla's stock splits matter?

While I stand by my position that Apple's and Tesla's splits shouldn't matter to investors, they very well might.

The fact that Apple's and Tesla's stock prices have both gone up since the announcements of their splits shows they still have an effect, at least in the short term. Of course, if fractional share trading catches on, investors in the future may not see quite the bump in share price that Apple and Tesla owners are currently enjoying.