Please ensure Javascript is enabled for purposes of website accessibility
Log In Help Join The Motley Fool
Free Article Join Over 1 Million Premium Members And Get More In-Depth Stock Guidance and Research
By Zhiyuan Sun - Aug 29, 2020 at 6:13AM

Missed the spectacular rally on this coronavirus vaccine stock? Now is the time to buy some shares.

After reaching an all-time high of $189.40 per share in early August, shares of coronavirus vaccine developer Novavax (NVAX -2.47%) have fallen by nearly 40%, to $114.62, in less than a month. With the stock getting crushed hard, investors may be wondering if they are catching a falling knife if they act now to buy the dip.

As it turns out, not only does Novavax have one of the most promising candidates in the coronavirus vaccine race, but it also has ample financial backing from governments around the world for its research. Let's take a look at why this is an excellent time for investors to be a part of Novavax's future for a reasonable price. 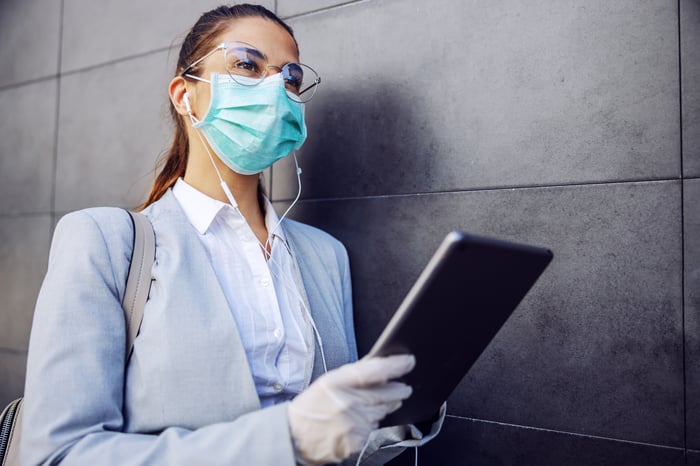 Much of the reason for the descent in Novavax's stock price comes from news that AstraZeneca (AZN -1.80%) and Oxford University's experimental coronavirus vaccine, AZ1222, is under consideration by the Trump administration for fast-tracking, according to White House chief of staff Mark Meadows. If that happens, it would mean the vaccine candidate would only need to demonstrate immunization response in about 10,000 participants in its ongoing phase 2/3 clinical trial, instead of the 30,000-enrollment target required for regulatory approval. If it does, AZ1222 could receive an Emergency Use Authorization from the U.S. Food and Drug Administration (FDA) as early as September, effectively beating all other companies to a COVID-19 vaccine.

Such a first-to-market advantage could create billions in revenue, thanks not least to the sheer scale of AstraZeneca's manufacturing capacity. The company's management thinks they will be able to produce 2 billion doses of AZ1222 (enough for 1 billion people) each year by the end of 2020.

There is also ample scientific basis for accelerating AZ1222's development. In phase 1, the overwhelming majority of participants who received the vaccine candidate developed neutralizing antibodies, which are small proteins that recognize a pathogen's specific components and prevent it from invading healthy cells. There is evidence that the immune response may last for a minimum of 12 to 18 months.

Additionally, participants demonstrated a robust T-cell response. T-cells recognize virus-infected cells and tell those cells to self-destruct, preventing the virus from spreading throughout the body. Unlike antibodies, which may disappear just weeks after dosage, T-cells can form memories of pathogens for months or years.

Is now a good time to invest?

Novavax's DNA-encoded experimental coronavirus vaccine, NVX-CoV2373, also produced robust neutralizing antibody and T-cell responses when given to participants in phase 1. However, the vaccine candidate only entered phase 2 on Aug. 24, meaning that even if every clinical trial is successful, the vaccine likely won't enter marketing until early 2021.

Despite that, one appealing aspect of Novavax is its market cap, currently at a meager $7 billion -- about a tenth of AstraZeneca's. Keep in mind that investing in coronavirus vaccine stocks is by no means a black-and-white endeavor. Just because AstraZeneca is ahead of the game does not mean that other companies cannot catch up and share the market.

Arguably a vast majority of the world's 7.8 billion population will want immunization against SARS-CoV-2. And Novavax's management also states that the company will be able to produce 1 billion doses of its vaccine candidate by next year. Even if it only secures orders of, say, 500 million doses, at $20 per dose, that's still $10 billion in potential gross revenue.

Novavax stock may be cheap right now, considering the room it has for growth next year. Investors who have been sitting on the sidelines should act now to buy Novavax, and pay little attention to market fluctuations in the short term.