Outages have led to an SEC and FINRA investigation, but are these Robinhood's only problems?

Robinhood was founded with the goal of making investing more accessible and it unquestionably has succeeded. Not only did Robinhood account for approximately half the new investment accounts opened in the first half of 2020, but its customers also have a median age of 31 -- much younger than most brokerages -- and nearly half are first-time investors.

While reviews of Robinhood have touted its simple trading platform, ample questions have been raised about various aspects of the start-up's business model. Now, some of those questions are coming from the Securities and Exchange Commission (SEC) and the Financial Industry Regulatory Authority (FINRA), the two main regulators of publicly-traded companies in the US. 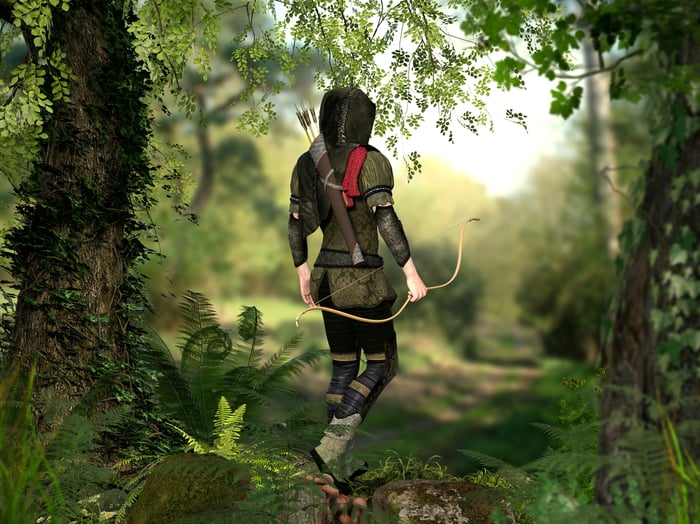 It's not surprising Robinhood has come to the attention of the SEC and FINRA. In fact, sources indicate regulators have described themselves as de facto customer support for the broker when people rush to file complaints after the app fails and they can't reach a live person at Robinhood.

While Robinhood users have made more than 473 complaints to the Federal Trade Commission in 2020 -- roughly four times more than competing platforms -- there's one particularly egregious issue under scrutiny. Bloomberg, which broke the news of the investigation, indicates the SEC and FINRA are looking into the way that Robinhood handled an outage in March.

Of course, if you're a Robinhood user, you may be wondering which March outage. See, while the SEC and FINRA are investigating a specific 17-hour shutdown on March 2, the app actually had three outages that same week and 21 total throughout the month. The March 2 outage was particularly problematic, though, as traders were locked out of the platform for a full trading day, during which the S&P 500 climbed 4.6% and the Down Jones Industrial Average gained 5.1%.

And while Robinhood users should be accustomed to outages (DownDetector reports that the site experienced issues in 10 of the last 12 months), many report losing thousands on the 2nd. While locked out, users could not sell stock to cash in on gains or purchase more shares to maximize profits.

Robinhood blamed the lengthy outage on a failure of its Domain Name System (DNS), claiming it was caused by record signups plus unprecedented stress on its infrastructure due to the market volatility. However, other major brokers remained operational despite higher-than-normal trading activity. If Robinhood prides itself on making trading intuitive and investing accessible, it seems the most basic feature should be the ability to access your accounts when needed most.

For long-term investors, being locked out of an account on a key trading day would be annoying but likely not a disaster. After all, those who follow the sound investing principals of buying and holding stocks for years wouldn't face catastrophic losses if they can't purchase or sell shares at a specific moment.

However, as asserted by a recent class action lawsuit against Robinhood, the entire app appears designed to encourage active trading. From a list of popular stocks on the home page to one-click trading capabilities to the greater ease of continuing an order rather than canceling, Robinhood allegedly employs a host of behavioral nudges designed to encourage users to buy and sell stock with regularity.

Perhaps unsurprisingly, an interface designed to encourage active trading has resulted in just that. Robinhood users traded 40 times the number of shares as Charles Schwab customers and nine times that of E*Trade users in the first quarter of 2020, as measured by share per dollar in customer accounts. For those making short-term trades, the ability to buy and sell immediately can mean the difference between profits and devastating losses. The SEC's newly-launched investigation suggests Robinhood investors can't always count on that.

For its part, Robinhood appears to be responding swiftly to complaints. It has strengthened its platform to improve reliability, tripled its customer support representatives, and hired new lobbyists and chief legal officers to navigate current investigations and head off future probes.

It remains to be seen if these actions will actually improve the consumer experience -- especially as Robinhood hasn't committed to providing a customer service phone number. Those looking for a brokerage with reliability even on high-volume trading days may want to think twice.

Even if Robinhood fixes it's technical issues, a more important question remains.

As Democratic Lawmakers wrote in a letter to Robinhood in July following the suicide of a young Robinhood trader who mistakenly thought he'd lost more than $700,000 on the trading platform, "By seeking to cultivate a customer base of relatively inexperienced investors, you have also taken on an especially great responsibility to make sure your customers are protected."

The question is: Can Robinhood live up to that responsibility? Or will it continue to lure new investors to engage in dangerous speculative trading that history has shown almost always leads to outsized losses?