The royal couple, who have no producing experience, will develop a range of content for the streaming video monarch.

Netflix (NFLX -1.53%) is deepening its relationship with royalty.

According to various media reports, the company has signed a deal with the Duke and Duchess of Suffolk (aka Prince Harry and his wife, Meghan Markle) to produce fresh content for the video streamer. The pair's recently formed production company will create entertainment programs under a multiyear arrangement, the terms of which were not disclosed. 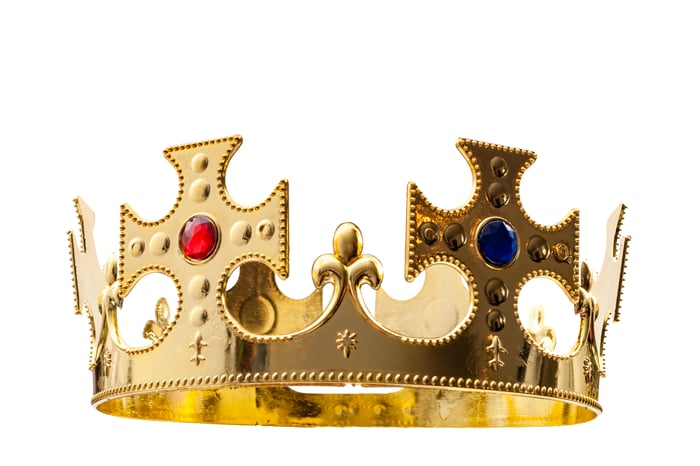 The couple, who stepped away from their duties in the U.K. royal family earlier this year, are to develop a range of shows and films for Netflix. These include documentaries, features, and TV series, although few details have been given.

While the Duchess is a former actress, the Los Angeles native has no credits as a producer; nor does Harry. She has no plans to return to acting, although the couple may appear in documentary content they produce.

In a statement, they wrote, "Our focus will be on creating content that informs but also gives hope," adding that, "As new parents, making inspirational family programming is also important to us."

Netflix is no stranger to content about the couple's high-profile extended family. The company's historical drama The Crown, about the life of the Prince's grandmother Queen Elizabeth II, has been a hit; Netflix will soon release its fourth season, out of an eventual six.

In spite of its deepening association with royalty, Netflix wasn't a monarch on the stock exchange Wednesday. The company's shares slipped by 0.7%, in contrast to the 1.5% gain of the S&P 500 index.