Video gaming is no longer just a niche hobby. The industry has evolved into a financial juggernaut, with more than 214 million active players in the United States alone. The video gaming market is projected to expand at a compound annual growth rate (CAGR) of 12.9% until 2027, according to Grand View Research, suggesting that it isn't too late for investors to hop on board.

Here are two top video game stocks that look set to meet or exceed the overall industry growth rate because of their compelling business models and long-term growth drivers. The first pick is Activision Blizzard (NASDAQ:ATVI), a well-established video game giant known for titles like Call of Duty and World of Warcraft. The second pick is Huya (NYSE:HUYA), a relatively new live streaming platform focused on esports broadcasting in the massive Chinese market.

Both video game stocks would make great buys in September. 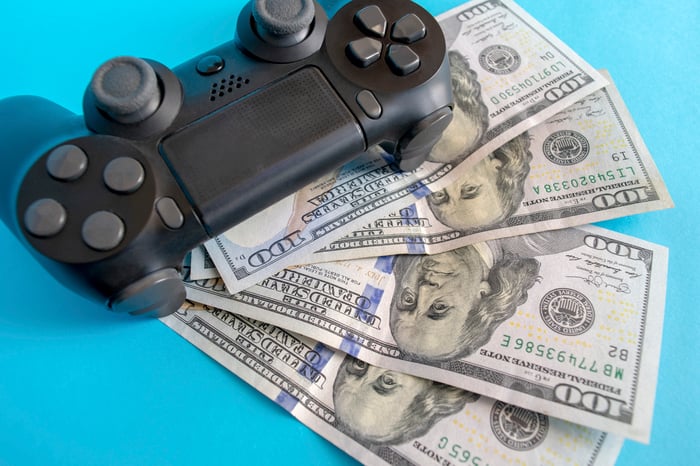 The video game industry is on fire in 2020, and few companies are better positioned to benefit from this trend than Activision Blizzard -- the developer behind some of the hottest titles in gaming. Activision has seen its stock soar by about 35% year to date (compared to a 10.5% gain in the S&P 500). And the company is set for continued growth because of new releases in its Call of Duty franchise.

According to market research company NDP Group, video game sales are soaring because of stay-at-home demand amid the coronavirus pandemic. Overall spending rose 30% in the second quarter to hit a record of $11.6 billion. And the industry looks poised for continued success in the second half of 2020 as infections remain elevated in the U.S. and show signs of a resurgence in Western Europe.

NDP Group research said Activision's Call of Duty: Modern Warfare and Warzone were among the best-performing titles in the quarter, helping the company grow its revenue by 38% year over year to $1.9 billion.

Activision is building on the reliable success of its Call of Duty franchise by developing a new game, Call of Duty: Black Ops Cold War, which is set in the early 1980s in a period of heightened tensions between the U.S. and USSR. The game is scheduled to release on Nov. 13, just in time for the holiday season, and could power better-than-expected sales in the second half of 2020.

As video gaming becomes more mainstream, an entire ecosystem is sprouting up around it. This ecosystem includes live-streaming of popular players in actual games, esports competitions, and other forms of gaming-related media. Huya is a Chinese video game streaming company that facilitates this ecosystem and monetizes it, allowing investors to profit from this fast-growing industry in one of its biggest markets (China).

Despite current political uncertainty over U.S.-listed Chinese equities and some concern over Chinese stock accounting (the high-profile implosion of Luckin Coffee being the latest example), investors remain confident in Huya -- sending shares up more than 63% year to date. The company looks poised for continued success because of its rapid revenue growth and a potential merger with DouYu (NASDAQ:DOYU), another Chinese streaming company with a similar business model.

Huya reported second-quarter earnings on Aug. 11, and the results demonstrate spectacular momentum despite this tough economic environment. Total net revenue jumped 34% year over year to $381.8 million on strength in the company's live-streaming and advertising businesses. Huya generates most of its revenue from its live-streaming platform, which allows users to give gifts and donations to their favorite streamers (and Huya takes a small cut of each transaction). This business got a boost in the second quarter when Chinese authorities reopened gaming cafes as coronavirus infections dropped in the country.

Over the long term, Huya could benefit from a synergistic combination with streaming rival DouYu. Both companies are partially owned by Tencent (OTC:TCEHY), which is trying to force the merger through its stock acquisition efforts. Such a merger would eliminate redundancies, potentially leading to better margins and growth going forward. It would also drive up the stock price in anticipation of the merger eventually going through.