Under Armour (NYSE:UA) (NYSE:UAA) is tough to love. As an investment, the company is outclassed by a number of other athletic apparel stocks that don't come with the performance issues Under Armour has dealt with in the past several years. The stock may be down 50% year to date, but investors should think twice before picking up shares.

Five years ago, Under Armour was on its way to becoming the next Nike. Its reputation -- and premium valuation -- were somewhat justifiable when the company was consistently reporting 20% to 30% annual revenue growth. Unfortunately, that growth came to an end. Since 2017, it has slowed to a crawl, and disruptions from the pandemic led to a 32% year-over-year decline in revenue in the first half of 2020. Management is not providing specific guidance for full-year 2020 as of this writing, but on the latest earnings call, CFO David Bergman warned that "revenue could be down as much as 20% to 25% in the back half of the year."

Profitability has similarly been volatile, and with such high expectations for the brand just a few years ago, many investors were caught off guard as the stock began its extended slide.

One challenge for the company is the fact Under Armour does a lot of business with brick-and-mortar retailers through its wholesale channel. That channel made up over 60% of the top line in 2019, and some wholesale partners such as Kohl's have struggled to generate growth in a time when e-commerce is dominating the retail landscape. Another major partner was Sports Authority, which succumbed to the e-commerce disruption in 2016, closing all of its locations. Some investors have argued that Under Armour's association with "off-price" retailers like Kohl's has hurt the brand.

The stock is now trading at multi-year lows, and while that may seem tempting, Under Armour's outlook hinges on how well its business can recover from the pandemic. 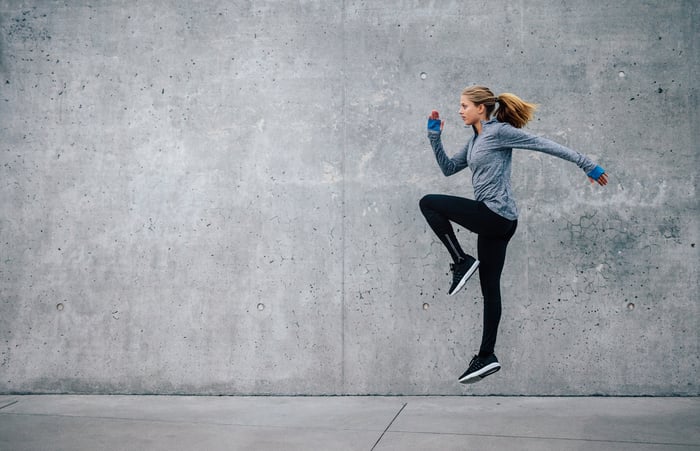 Even before COVID-19 turned the economy on its head, Under Armour has struggled to manage its inventory with the line item ballooning to 169% of sales in the most recent quarter, compared to just 81% of revenue in the prior-year period. And going into the second half of the year, the problem may reverse itself. Bergman explained, "[W]e acted quickly in the first half of this year to proactively and significantly reduce planned inventory purchases amid the quickly evolving landscape. As a result, if the second half of the year recovers at a rate higher than we're planning for, we may not have adequate supply to meet higher demand."

When you consider the importance of the wholesale channel for Under Armour, store closures and social distancing have been especially challenging. Revenue was down 41% year over year to $708, driven by a 58% decline in the wholesale channel. "It is also difficult to predict the course of the pandemic in the U.S. and other parts of the world, and whether there could be a retrenchment within the marketplace," Bergman warned during the call. 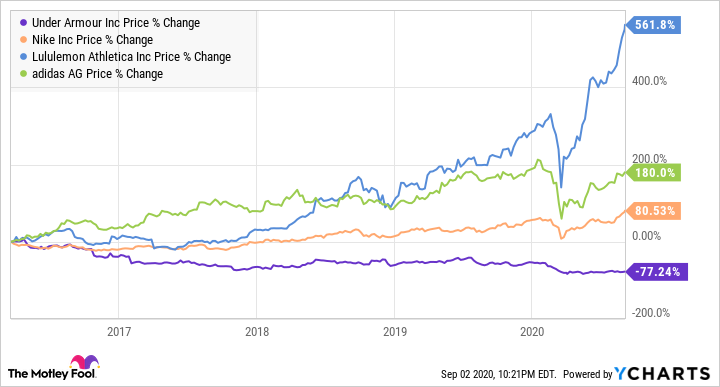 To top it all off, Under Armour plays in an incredibly competitive industry, one where there are a plenty of companies that offer more compelling long-term growth stories. Lululemon, Adidas, and Nike are just a few of the leading names that make the leap of faith an investment in Under Armour requires difficult to accept.