Please ensure Javascript is enabled for purposes of website accessibility
Log In Help Join The Motley Fool
Free Article Join Over 1 Million Premium Members And Get More In-Depth Stock Guidance and Research
By Keith Speights – Sep 3, 2020 at 11:55AM

Shares of Akebia Therapeutics (AKBA -1.20%) are plunging today, down 72.3% as of 11:15 a.m. EDT, after the company announced results from a late-stage study of vadadustat in treating anemia due to chronic kidney disease (CKD) in adult patients not on dialysis. While the experimental drug met the primary and secondary efficacy endpoints of the study, it didn't meet the primary safety endpoint. 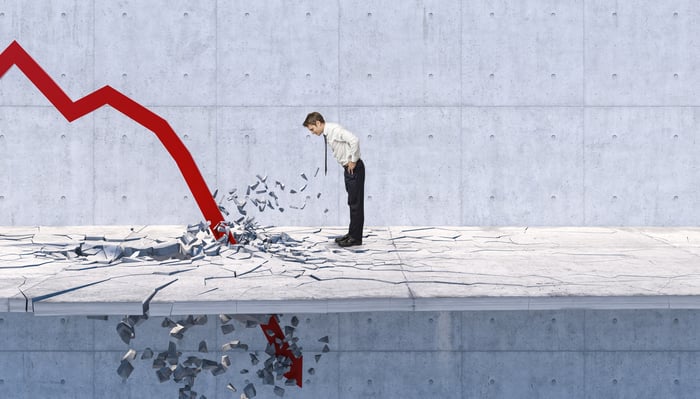