"It will change everything ." With statements like this, Verizon isn't holding back when it comes to creating excitement about its fifth-generation network (5G). Many investors expect Verizon's next growth cycle to come from 5G wireless upgrades. However, during 2021, the telecom semi-affectionately known as Big Red expects to roll out 5G high-speed internet in earnest. Cable companies already feeling the pain of video cord cutting are about to realize that Verizon is coming after their high-speed internet cash cow.

Cutting one cord and connecting another

In the first two quarters of 2020, 3.8 million video subscribers cut the cord. According to eMarketer, over the next three years, another 10 million are expected to drop linear TV. In the face of this trend, cable companies are focused on growing their high-speed internet business to offset video cancellations. 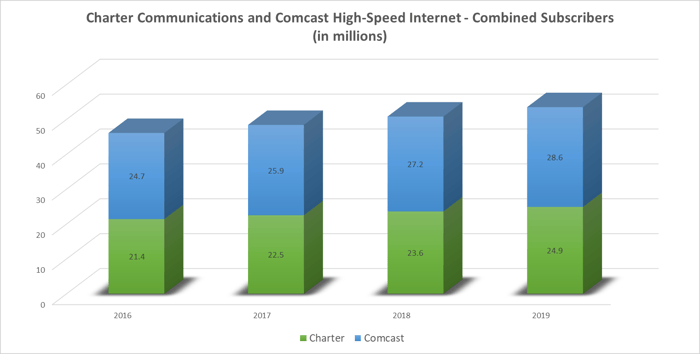 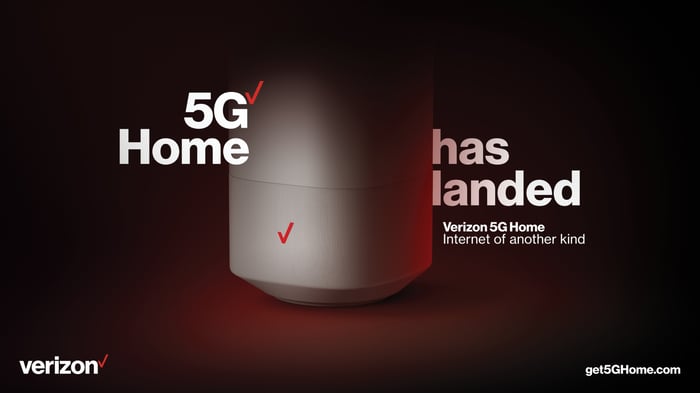 It looks like this would be a tough environment for Verizon to find a foothold -- but looks can be deceiving.

Billions of reasons to be aggressive

One difference between traditional cable internet and Verizon 5G Home is the setup. Instead of running a cable from the wall, to the cable modem, and using one or more splitters to run a line to any televisions for cable TV, 5G Home is more flexible. With Verizon, you mount the receiver on a window, pair the receiver to the router, and place the router close to any power source .

An easier installation process is a plus, but Verizon also has an edge in other key areas of internet service.

It's important that Verizon already appears to have a solid reputation with high-speed internet customers, because selling 5G Home is expected to address a massive opportunity. Of course, the scoring is based on Verizon's existing Fios offerings, and 5G has a different setup that may be a bit more complicated. We also don't know yet how 5G broadband's reliability and stability will compare to that of buried fiber-optic cables. However, the wireless carrier is offering free professional setup for 5G home internet, in case customers are stressed about mounting the receiver to their window or pairing the router.

According to Grandview Research, wireless broadband (like Verizon's 5G Home) is expected to grow the fastest, and represent the largest segment, of the high-speed internet industry. By 2027, global broadband service revenue is projected to top $640 billion. With billions potentially at stake, the argument for Verizon's 5G Home seems solid, assuming the pricing is right.

An opportunity worth billions, fast internet speeds, and great customer service sound like a fantastic business plan, but what about the price? In good news for Verizon customers and investors alike, the company seems to be pricing the service competitively.

The caveat: To get Verizon's $50 price per month, you also need to have a Verizon Wireless plan at $30 or more per month. Without a Verizon Wireless plan, the cost jumps to $70 per month. However, as we can see, to get Charter or Comcast's best price you need to sign a one-year contract. After this one-year agreement, the cable company pricing normally increases. Verizon's pricing is the same each year, which could be a big factor in retaining these relationships.

At last count, Verizon Wireless had more than 94 million postpaid or prepaid customers. Even if the company only sold to its own wireless subscribers, the addressable market is already significant. As an example, if Verizon were able to cross-sell even 10% of its wireless customers 5G Home at $50 per month, this would represent an additional $5.6 billion in annual revenue for the company -- roughly a 4% increase over its trailing-12-month top line.  In addition, Verizon could use 5G Home pricing as a retention tool for its highly profitable wireless business.