Please ensure Javascript is enabled for purposes of website accessibility
Log In Help Join The Motley Fool
Free Article Join Over 1 Million Premium Members And Get More In-Depth Stock Guidance and Research
By Lou Whiteman, Rich Smith, and John Rosevear - Sep 5, 2020 at 7:35AM

Here are three stocks that are going places.

It's been a tough year for airline investors, with COVID-19 eating into global travel demand and causing airline stocks to slump.

Given the continued risk caused by the pandemic, it's hard to enthusiastically buy into airline stocks right now. But the underlying need to go from point A to point B has not disappeared, and there are a lot of interesting companies in the business of providing transportation. 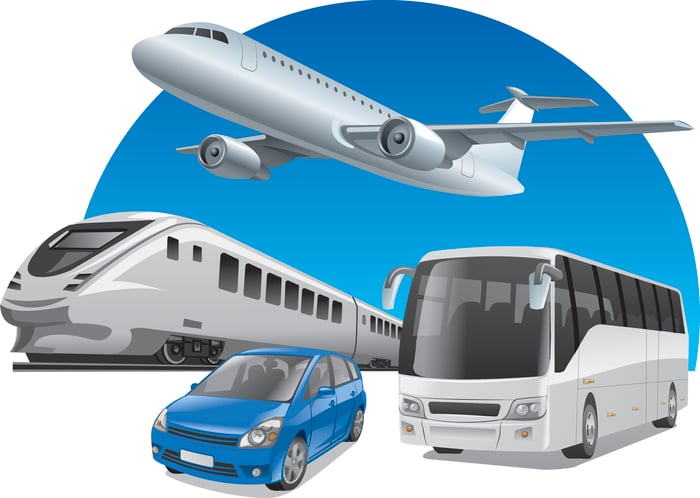 Bet on an aviation recovery without having to pick an airline

Lou Whiteman (AerCap): When airlines go bankrupt, equity holders are typically wiped out, but the planes keep on flying. If you are bullish on aviation but unsure about individual carriers, why not invest in the planes instead of in the airlines?

AerCap is one of a small number of companies focused on buying planes directly from manufacturers and leasing them back to airlines. It is a model that many airlines have adopted in recent years as a way to operate asset-light and take debt off of their balance sheets.

That's a dangerous business to be in if airlines can't pay their bills, and AerCap shares are down 50% year to date due to the weakness of their customers. But AerCap is set up well to be a survivor. The company has reworked its order book to limit the number of new planes it needs to place with airlines over the next few years and has all of its new deliveries between now and December 2021 leased.

AerCap has been forced to work with customers to defer lease payments, a blow to near-term results. But the company has more than $11 billion in available liquidity to fall back on. It also has more than $25 billion in unencumbered assets, mostly planes, that it can borrow against if needed. It also has one of the newer fleets in the industry, meaning if any of its customers do get in trouble and have to return planes to AerCap, the company should be able to place those planes elsewhere.

It's difficult to imagine AerCap shares staging a full recovery until the aviation sector gets back on track, but it is also hard to come up with a scenario where AerCap gets in financial trouble due to the downturn. That can't be said about all of the airlines.

AerCap is a safe way to bet on an eventual recovery, without having to worry about an individual airline's survival chances.

Airplanes, but not for airlines

Rich Smith (Lockheed Martin): I'm going to go out on a limb here and say that I don't think the middle of a pandemic (that's got tourists frightened to travel and businessmen discovering the virtues of teleconferencing) is a great time to invest in airline stocks. But that doesn't mean I don't like anything tied to aerospace.

Fact is, I think right now could be a great time to invest in aerospace and defense contracting giant Lockheed Martin.

Why? Well, as you might have heard, last year Lockheed was in the running to sell a package of fighter jets to Taiwan and other buyers for $8 billion. Out of the blue, however, earlier this month the size of that deal was abruptly increased nearly seven times in value when the Pentagon awarded Lockheed a deal to produce hundreds of F-16 fighter jets for Taiwan and other buyers.

Over the course of the next decade, Lockheed now stands to generate as much as $62 billion in revenue -- and as much as $7.1 billion in pre-tax profit -- selling F-16s to Taiwan, to India, and to anyone else who wants to buy them. The size of this deal is so great that it promises to add as much as $2.50 a year to Lockheed Martin's bottom line, which would be more than a 10% addition to the company's annual income. And yet, since the news broke, Lockheed Martin's stock price has risen only about 1%.

I think that's a serious under-reaction to good news on investors' part. And I think it makes Lockheed Martin a great stock to buy right now.

Why this high flier could soar further

John Rosevear (Ferrari): It's hard to compare Ferrari to other companies. The Italian supercar maker is a unique combination of automaker, luxury brand, and sports franchise. There's really nothing else quite like it.

And like its cars, Ferrari's stock isn't cheap: At recent prices, the company's shares have been trading at over forty times Ferrari's expected 2021 earnings. (Note that analysts expect 2021 to be a good year for the company.) 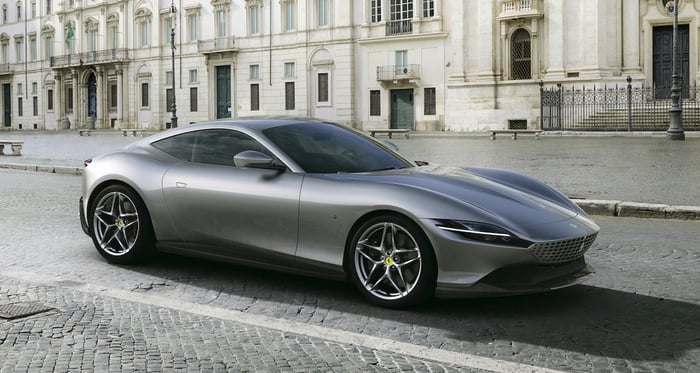 Ferrari has limited its annual production for years in order to preserve the exclusivity of its brand (and thus its pricing power). But it has been able to raise its annual production gradually in recent years as demand in new markets (think China) has risen, and it now plans to enter some new market segments that will help it boost sales further -- again, without compromising its pricing power.

(Yes, there's a Ferrari SUV on the way. Production will probably be limited to just a few thousand a year, but that will be enough to put quite a few more euros on the company's bottom line.)

There's no doubt that Ferrari's stock is expensive right now. But with a solid, credible growth plan under way, today's prices could look like a bargain in a few years.