Please ensure Javascript is enabled for purposes of website accessibility
Log In Help Join The Motley Fool
Free Article Join Over 1 Million Premium Members And Get More In-Depth Stock Guidance and Research
By Selena Maranjian - Sep 5, 2020 at 6:45AM

Did Kanye West give Kim a better bunch of stocks than Warren Buffett's?

AirPod ear buds, Instant Pots, robotic vacuums, and gravity blankets -- those items were featured in a 2019 USA Today list of the best gifts. Clearly, those are popular items and many of our loved ones would be delighted to receive them.

An arguably even better gift is the gift of stock in healthy and growing companies -- because it's a gift likely to keep growing and growing in value. That's what musician Kanye West gave his wife, Kim Kardashian, for Christmas in 2017. It's hard to argue with such a gift, but when some headlines say that "Kim Kardashian has a better stock portfolio than Warren Buffett," maybe it's time to quibble. 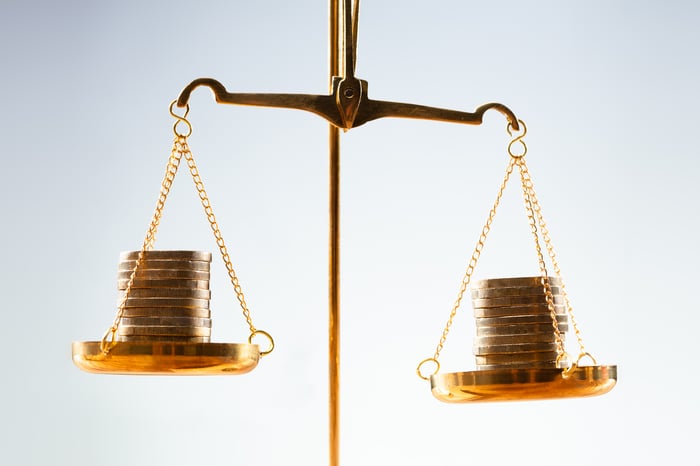 Here's what's known about Kim Kardashian's portfolio as of late December 2017, when she got her shares. She seems to have received about $100,000 worth of stock in Adidas, Amazon.com, Apple, Disney, and Netflix.

This chart won't portray the portfolio entirely correctly, as we don't know exactly how many shares were bought of each stock, and at what price. But given what is known, it offers a good approximation.

Meanwhile, here's a look at the top holdings of Buffett's company, Berkshire Hathaway (BRK.A 1.66%) (BRK.B 1.71%), per the very interesting company's latest quarterly filing. The number of shares and their total value is as of June 30. (The vast majority of Buffett's personal stock portfolio is made up of shares in Berkshire, which is why this group of stocks is relevant.)

Berkshire holds stock in other companies, too, of course, but as of June 30, about 88% of his total portfolio value came from these top 10 holdings. As of the end of 2019, his total stock investments carried a market value of about $248 billion. 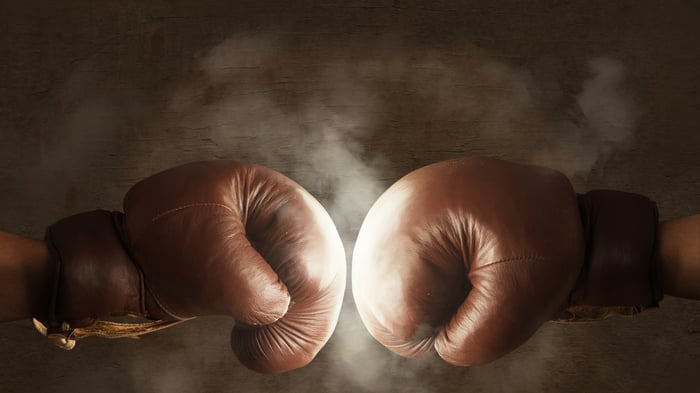 Which portfolio is better?

On to the question at hand -- whose portfolio is better, Kim Kardashian's or Warren Buffett's: It's not quite a fair question, as one portfolio hasn't been around too long, and its solid performance may largely be due to fortuitous timing. Buffett's performance, based on the companies he has bought over time and his many stock investments, has been documented over many decades: Between 1965 and 2019, Berkshire Hathaway shares have increased in value by more than 2.7 million percent. That's a compounded annual gain of 20.3%, which compares rather favorably with the S&P 500's (still solid) gain of 19,784% over that period (10% annually).

Diversification is important for portfolios, too, as having too much of your assets in any one stock makes you vulnerable if it crashes, as some stocks do, largely unexpectedly. Kim Kardashian's portfolio, if it really contains only five stocks, could use more variety. Notice, too, that her Apple shares have grown to way more than their initial 20% portion of the portfolio, to 27%, and Amazon isn't far behind, at 25%.

The only time that it's not so problematic to be very concentrated in your portfolio is if you know a lot about your holdings and their respective sectors and you have extreme confidence in them. Buffett's portfolio is actually quite concentrated in three sectors -- information technology, financials, and consumer staples. He has decades of experience in the last two and has often avoided the former, explaining that many technology companies are outside his circle of competence. The concept of the circle of competence applies to us as well: We all, including Kim Kardashian, need to really understand whatever we invest in -- otherwise, we're just speculating.

So why the major stake in Apple now? Well, he's had two investing lieutenants for some years now, each charged with investing many billions of dollars, and each making their own calls. One of them, Todd Combs or Ted Weschler, was the initial investor in Apple -- and a great investment it has been -- as the stock has more than tripled in value for Berkshire.

Both portfolios are winners

Both the Kardashian and Buffett portfolios are likely to perform well over the long run, but that doesn't mean you should copy either. If you want to invest successfully in stocks -- and they can really make you a millionaire -- you'll need to learn how to invest in stocks and/or mutual funds. And if you don't have much time to do that, or you lack the interest, just stick with index funds -- even Buffett has enthusiastically recommended them.