The industrial conglomerate found a place in a top stock index.

Shares of Honeywell International (HON -1.08%) jumped 10.8% in August, according to data from S&P Global Market Intelligence. A big chunk of the move came toward the end of the month after a major development that saw investors rushing in to buy the stock.

On Aug. 24, S&P Global announced a big shakeup in the Dow Jones Industrial Average (^DJI 0.00%): Aside from a couple of other changes, Raytheon Technologies got booted from the index to make way for Honeywell.

In a press release, S&P Global said the changes were made to "help diversify the index by removing overlap between companies of similar scope and adding new types of businesses that better reflect the American economy." 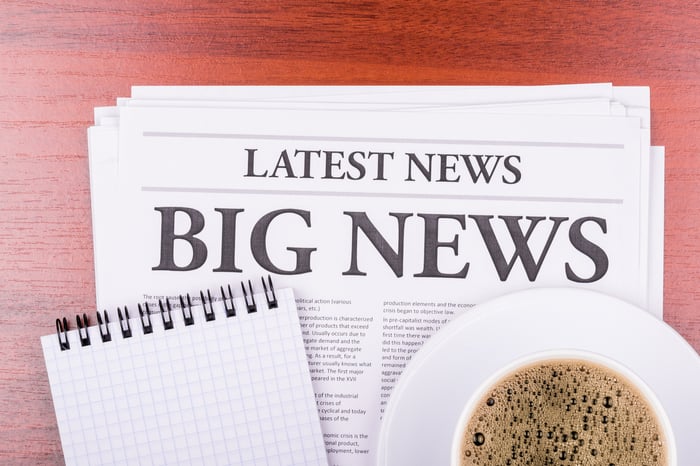 As an industrial conglomerate with a hugely diversified portfolio that serves several key sectors and industries including aerospace, defense, healthcare, chemicals, manufacturing, construction, and oil and gas, Honeywell easily passes the "reflect the American economy" test. It further helps that Honeywell uses technology extensively -- including the Internet of Things, artificial intelligence, and blockchain technologies -- to serve its customers.

To give you an example, Honeywell announced two applications of its blockchain technology in August. The company is fully digitizing paperwork records of aircraft parts and services it provides, and is deploying blockchain to help organizations with complex supply chains manage inventory better while securing it with an anti-counterfeit technology.

The Dow Jones Industrial Average, which comprises the 30 largest blue chip stocks in the U.S., is one of the most popular indices, as it's regarded as a proxy of the overall stock market. Not surprisingly, investors react quickly and often buy and sell stocks as and when they're added or removed from the index. Also, every time the constituents of the Dow Jones Industrial Average change, index funds that track the index are required to do the same. In other words, it's inevitable that such funds now buy stocks like Honeywell that have been added to the index. This renewed buying interest largely explains the rally in Honeywell shares last month.

Savvy investors who're interested in Honeywell stock, however, should pay greater attention to the company's fundamentals and hold in the industrials sector than its addition to a stock index.