A new venture in generic pharmaceuticals already seems over for this 132-year-old camera and photo company.

Amazingly, one of the best-performing stocks this year has been Eastman Kodak (KODK 0.39%), returning more than 50% since Jan. 2. During the same time period, the S&P 500 index only returned 11%.

Despite the excellent market run-up, the once-titan of the camera industry has fallen on hard times as its technology becomes relatively obsolete. Not long ago, Kodak was given a chance to turn around by rebuilding the nation's pharmaceutical supply chain. However, the company royally blundered this opportunity in as little as one week. Is there still hope left for the company's stock after being dealt this devastating blow? Let's find out. 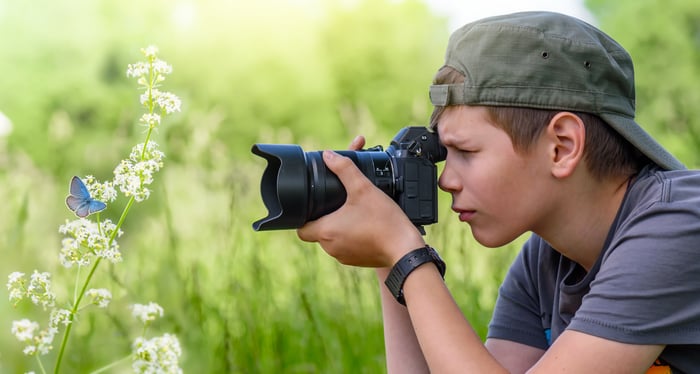 In July, Kodak stock skyrocketed nearly 3,000% after the Trump administration announced it would loan the company $765 million under the Defense Production Act, which would help the company transition to producing generic active pharmaceutical ingredients to combat national shortages. However, before the deal closed, a member of Kodak's board of directors, George Karfunkel, donated 3 million shares of the company's stock to a charity he presides over, generating a tax-deductible event. 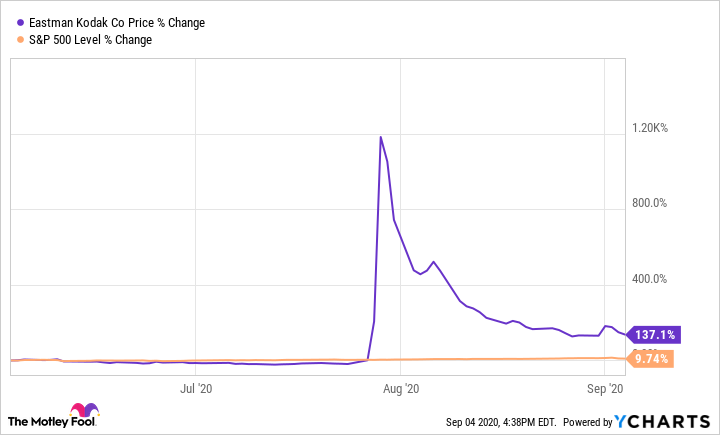 At the time of the donation, the shares were worth more than $100 million. Although the stock is now down about 90% from its peak, Karfunkel could still claim the stock's full value at the time he donated it as a tax deduction, which led to allegations of wrongdoing. As of now, the company is under investigation by regulatory authorities for potential insider trading. Unsurprisingly, after news of the misconduct came to light, the Trump administration decided to put the loan on hold, pending an investigation.

Is there any reason to buy Kodak?

Despite the fallout, there are still people who believe in the company's future. On Sept. 1, investment firm D.E. Shaw disclosed in its Securities and Exchange Commission Filing that it accumulated a 5.2% stake in the company amid recent events.

The stock was arguably trading for a bargain before the loan proposition came into play. At one point during the year, the company's market capitalization fell to $120 million. That's quite undervalued, considering Kodak generated $1.2 billion in revenue and $116 million in earnings last year.

While the mass adoption of smartphones crushed the digital camera industry, there is still demand for Kodak's legacy products, as well as its new ventures. Currently, Kodak is investing much of its capital into the digital packaging and print sector, including the utilization of cloud-based platforms. Kodak's new products will possess the fastest imaging technology available for printing items such as business cards, posters, and wallpapers.

Based on its earnings from the first half of 2020, Kodak is still on track to generate approximately $1 billion in revenue this year. Meanwhile, the company has over $180 million in cash and equivalents to make up for its $113 million in long-term debt. The company's market cap is about $461 million.

Even if the pharmaceutical loan fiasco does not end well for Kodak, it did bring the company back to the attention of the investment world. At its current valuation of 0.55 times forward sales, Kodak stock isn't a bad choice for value investors. However, if you want to buy shares thinking there's still a chance the company will get its $765 million in funding back, I would say that's a bad idea. The company had an opportunity to make a comeback in a different field, but management botched it for good.

Why Is Everyone Talking About Eastman Kodak Stock?
357%