Please ensure Javascript is enabled for purposes of website accessibility
Log In Help Join The Motley Fool
Free Article Join Over 1 Million Premium Members And Get More In-Depth Stock Guidance and Research
By Howard Smith – Sep 8, 2020 at 11:50AM

Recent production problems could lead to safety directive aimed at up to 900 aircraft.

According to the report, Boeing told regulators it has found certain parts from its South Carolina manufacturing plant failed to meet Boeing's quality standards. Because of "nonconforming" sections of the rear fuselage, Federal Aviation Administration (FAA) regulators may initiate inspections of hundreds of the planes. 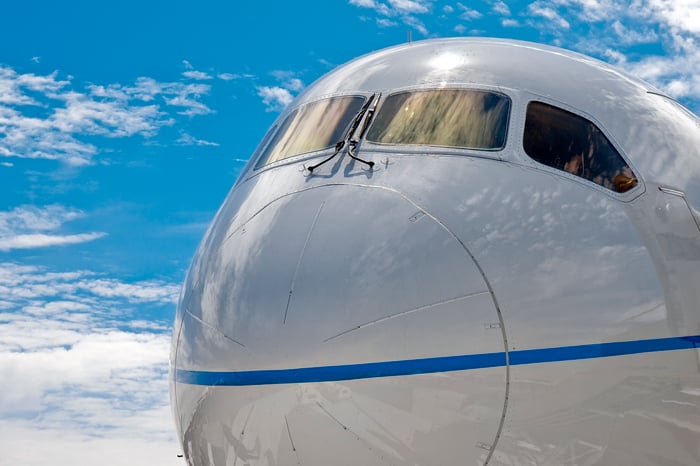 Citing an internal FAA memo, the report says inspections could cover approximately 900 aircraft dating back to 2011 production. About 1,000 Dreamliners have been delivered since 2011. Boeing reports it has 69 different commercial customers for the 787 Dreamliner, globally.

Boeing has told regulators that the new quality issue does not pose a current safety threat to the aircraft, and regulators are not considering immediate action, according to the report. Senior FAA officials will be involved to determine the extent of the review, which indicates the agency's high level of concern, the report says.

The new problems are another blow to Boeing's reputation following the grounding of the 737 Max fleet after two fatal accidents. A Boeing spokesman said that new safety review procedures put in place after the 737 Max crashes worked to help catch the Dreamliner issues.

Regulators are focused on determining how the manufacturing flaws occurred, why Boeing's computer systems didn't identify the issue in-house, and what must be put in place to prevent a future occurrence, the report said.

Boeing officials said that inspections of the 787 Dreamliner are slowing deliveries of the jets in a statement released Tuesday.