Please ensure Javascript is enabled for purposes of website accessibility
Log In Help Join The Motley Fool
Free Article Join Over 1 Million Premium Members And Get More In-Depth Stock Guidance and Research
By Adam Levine-Weinberg – Sep 9, 2020 at 9:53AM

Nikola just picked GM to build its Badger pickup -- and provide a whole lot of other services.

In recent years, General Motors (GM 6.75%) has repeatedly defied predictions of an impending collapse in its profitability. It has invested heavily in next-generation technology for electric and autonomous vehicles. It even recently formed a promising alliance with Honda Motor in the key North American market.

None of this has been enough to please investors: GM stock remains near its 2010 IPO price of $33. However, a new partnership with clean energy truck start-up Nikola (NKLA 7.24%) finally grabbed investors' attention on Tuesday, powering GM shares to an 8% gain. 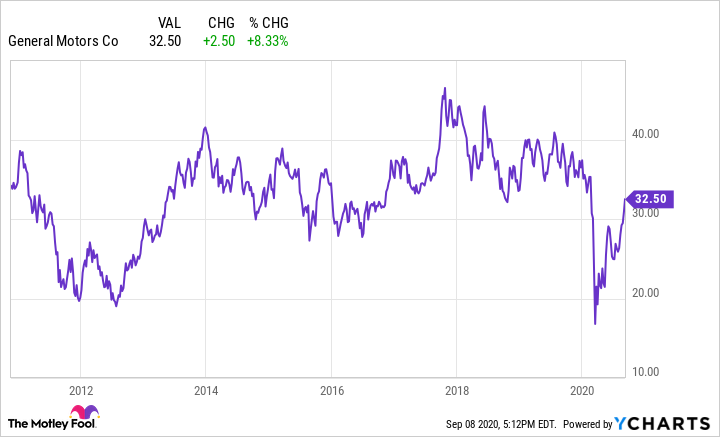 Nikola doubles down on the partnership route

Investors fell in love with Nikola this summer, after it went public by merging with a SPAC. The company's market cap briefly surpassed $30 billion in June, making the start-up more valuable than many established automakers -- even though Nikola hasn't delivered a single vehicle yet.

Unlike Tesla, Nikola is squarely focused on the truck market and is betting big on hydrogen fuel cells as well as standard battery-electric vehicle technology. And whereas Tesla has built its production infrastructure from scratch, Nikola has opted to partner with companies that have manufacturing expertise. Prior to going public, Nikola formed a partnership and joint venture with CNH Industrial's IVECO subsidiary to reduce material costs and derisk engineering and production of its Class 8 semi trucks. And upon introducing the Nikola Badger pickup in the U.S., the company said that it planned to partner with another automaker on production.

Nikola stock plunged after its earnings report last month, largely because the start-up didn't announce a production partnership for the Badger. However, that highly anticipated milestone came on Tuesday -- and the winner was General Motors. 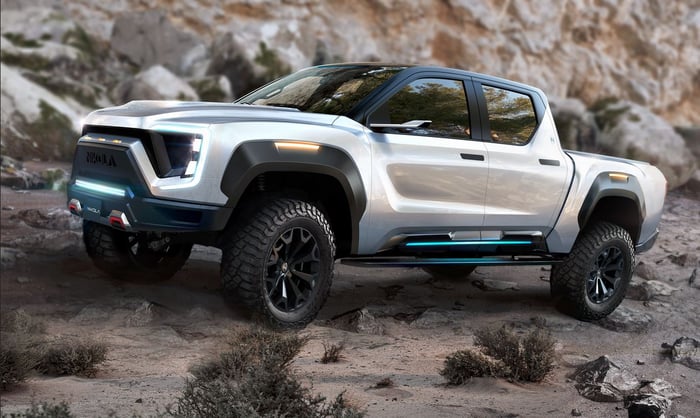 Under the agreement announced on Tuesday, GM will manufacture the Nikola Badger, which is set to enter production in late 2022. However, the partnership between General Motors and Nikola goes much deeper.

Indeed, the General will participate extensively in the development process for the Badger, providing engineering and validation services. Moreover, GM's Ultium battery architecture will be the basis for all of Nikola's battery-electric trucks, while Nikola will adopt GM's Hydrotec fuel cell technology for all of its fuel cell vehicles outside of Europe. Nikola will also gain access to validated parts via GM for all of its models, ranging from the Badger pickup to its Class 8 semi trucks.

Nikola will compensate General Motors for many of its contributions with a substantial equity stake. The truck start-up will issue approximately 47.7 million new shares of stock to GM, valued at $2 billion in the announcement but closer to $2.4 billion based on Nikola's Tuesday closing stock price of $50.05. GM will also get a seat on Nikola's board. Lastly, GM will be entitled to most of the emissions tax credits associated with production of Nikola trucks.

A great deal for GM

Nikola expects to save more than $4 billion on battery and powertrain costs and over $1 billion in engineering and validation costs over the next decade by partnering with GM. There are big benefits to avoiding duplication of effort and piggybacking on an established automaker's platform.

However, this deal also carries a ton of upside for General Motors. In addition to the shares it is receiving in exchange for future services, GM will receive supply contracts for batteries, fuel cells, manufacturing, and engineering: nearly all on a "cost-plus" model that essentially guarantees GM a profit. Production contracts for Nikola products may also fill factory capacity that would otherwise be underutilized.

Most importantly, this partnership will accelerate GM's efforts to commercialize its zero-emission technology. It will be able to test its fuel-cell technology in real-world conditions without having to develop new fuel-cell vehicles from the ground up. It will also be able to ramp up production of its Ultium batteries faster, driving down costs.

GM stock's 8% gain on Tuesday paled in comparison to the 41% jump in Nikola shares. Yet GM may be the better investment in the long run. Whereas Nikola shares are incredibly expensive and significant free cash flow is years away, GM stock trades for just seven times forward earnings -- and GM is likely to generate strong cash flow over the next few years, complementing the long-term potential of its investments in next-generation auto technology.