In normal times, the lodging business is a big money-spinner for the company.

The vaunted theme parks operated by Walt Disney (DIS 0.74%) are not the only assets the entertainment company is reopening; it will also turn the lights back on in many of its hotels and resorts. In an industry conference on Thursday, the company's CFO, Christine McCarthy, said the company aims to have "a little over 50%" of such facilities operational by the end of the current fiscal year, i.e. Sept. 30.

According to Disney, it currently operates 53 resort hotels. The company has not specified which ones will be reopened, although it has provided the status of a few. 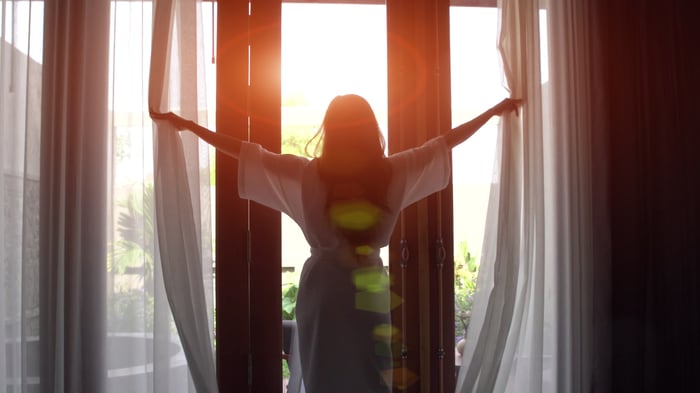 Disney said earlier this month that its storied Polynesian Village Resort not far from the Disney World theme park in Florida would be closed until next summer. Two neighbors, the Beach Club Resort and the BoardWalk Inn, have been shut indefinitely.

All of those properties had been closed in March, at the same time Disney World was shuttered.

As with its theme parks, Disney's lodging business has been hit hard in the wallet by the coronavirus pandemic. Due to a number of factors the outbreak has been particularly bad in Florida, a longtime stronghold for the company thanks to Disney World.

The parks, experiences, and products business category, which accounts for both the theme parks and the resorts, saw a precipitous 85% year-over-year dive in the company's most recently reported quarter. This was by far the worst performance of its four business units.

That fall did more than its part to drag down the company as a whole. In said quarter (Q3), Disney suffered a 42% year-over-year drop in revenue. This decline would have been inconceivable in the years before the pandemic struck.